The world’s largest container-shipping line is making a US$1.4 billion investment in a greener fleet.

A.P. Moller - Maersk A/S has ordered eight new vessels, each costing US$175 million, that can be propelled by cleanly made methanol instead of an oil-based fuel. They’re set for delivery from 2024.

“We don’t believe in more fossil fuels,” Morten Bo Christiansen, vice president and head of decarbonization, said in an interview. “A lot of our customers are very, very supportive of this.”

Shipping, the backbone of global trade, accounts for almost 3 per cent of man-made carbon dioxide emissions. The level has been rising in recent years, according to data from the International Maritime Organization. By 2050, the United Nations body wants shipping’s total greenhouse gas emissions to at least halve relative to 2008. Last year, IMO rules designed to curb air pollution by limiting the sulfur content of marine fuel came into force. 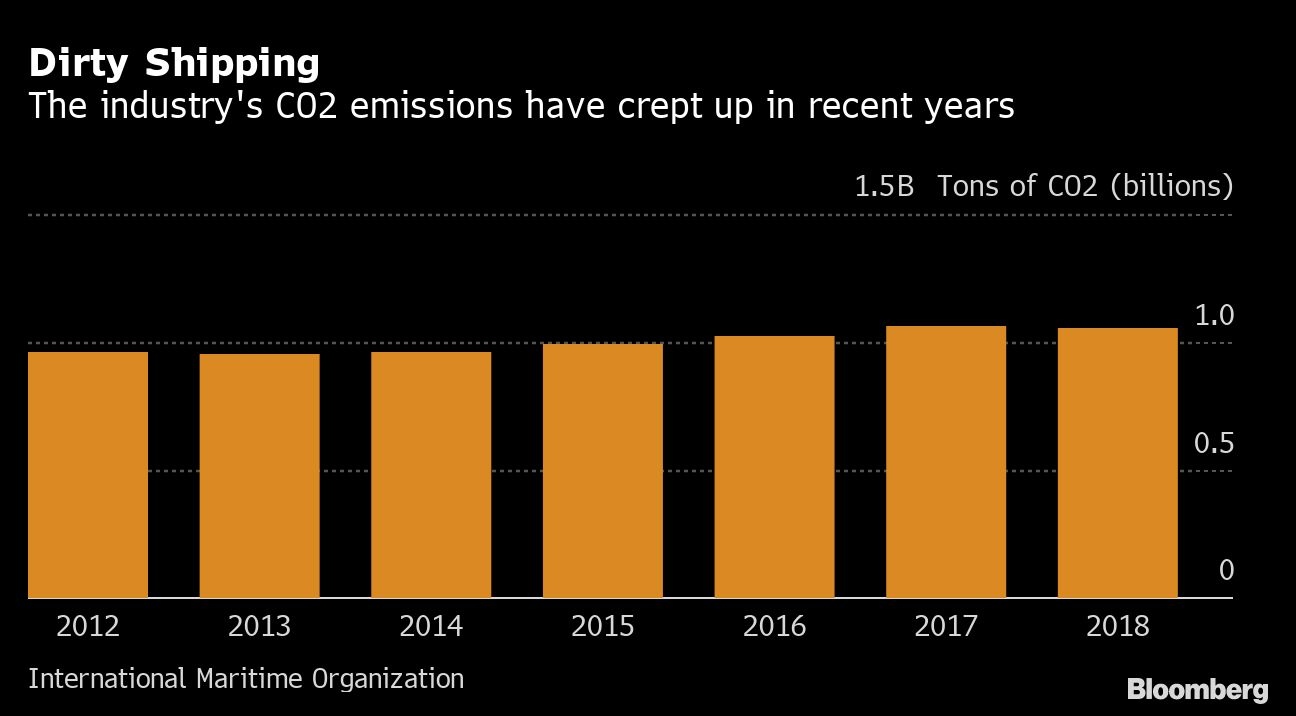 Maersk isn’t the only shipper starting to make the transition. Oil tanker owner Euronav NV has ordered new ships capable of one day running on ammonia or liquefied natural gas. Commodities trader Cargill Inc. has said it plans to add so-called wing sails to some of its fleet.

Back in February, Maersk said all future newbuild vessels under its ownership would be able to use carbon neutral fuels. It also announced the launch in 2023 of a small container vessel that could run on clean versions of methanol. This latest order is much bigger -- each ship can carry about 16,000 containers.

“This is a firm signal to fuel producers that sizable market demand for the green fuels of the future is emerging at speed,” said Maersk’s chief executive officer, Soren Skou. More than half of the company’s 200 largest customers have set science-based or zero carbon targets for their supply chains or are in the process of doing so, according to a statement.

The new vessels, built by Hyundai Heavy Industries Co., represent about 3 per cent of Maersk’s total container capacity. They’ll replace older ships in the company’s fleet, saving about one million tons of carbon dioxide a year. Maersk has the option for four more of the ships to be delivered in 2025.

The company acknowledges that finding enough carbon-neutral methanol for the vessels from the first day of service will be “challenging.” The additional design cost of being able to run on both methanol and conventional oil-derived, low-sulfur marine fuel will be in the range of 10-15 per cent of the vessels’ total price. Maersk plans to use carbon neutral e-methanol, or, sustainable bio-methanol, as soon as possible in the new ships.

Environmentally-friendly sailing isn’t cheap. The clean methanol that the ships can burn is “at least twice as expensive” as the fossil-based, very low-sulfur fuel oil used by many vessels today, according to Christiansen. In a normal freight rate environment -- today’s bonanza prices being an exception -- doubling the fuel price translates to about a 15 per cent rate increase, he said.