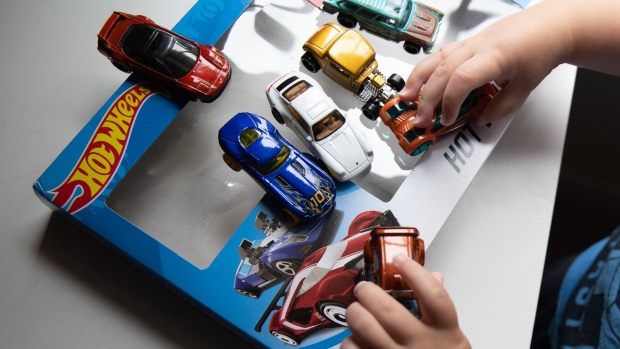 Mattel Inc. rose as much as 12 per cent in extended trading after third-quarter results shattered expectations, lifted by consumers snapping up Barbie dolls and Hot Wheels toys during the pandemic.

Revenue rose 10 per cent to US$1.63 billion in the period, Mattel said on Thursday, topping analysts’ predictions of US$1.46 billion. Adjusted profit was 95 cents a share, beating estimates of 39 cents, as the company continued to work on cutting costs.

Mattel has addressed inventory problems posed by the coronavirus and expects a stronger-than-normal holiday buying season, Chief Executive Officer Ynon Kreiz said in an interview. The company said that inventories at retail outlets were lower than at the same time last year, and they’re working together to avoid product shortages.

The lack of new movie franchises tied to competing toy brands may provide a boost to Mattel, which relies on well-known products such as Barbie, Uno and Pictionary. The company’s doll sales surged 22 per cent compared with a year earlier, as families looked for cheap ways to entertain kids during lockdowns.

After an initial surge, Mattel shares settled down to a 6.4 per cent gain as of 6:11 p.m. in New York. They are down 4.6 per cent this year, mostly because of weaker sales in the first half of the year.

Shares of rival Hasbro Inc. also got a boost from the results, climbing 3 per cent in late trading.

Mattel also said it expects sales in 2020 overall to be roughly flat compared with last year, but its adjusted profit margin should rise to as high as 49 per cent.

The El Segundo, California-based company is looking to get more money from its intellectual-property rights, rather than just relying on product sales. It has 10 films in development but hasn’t set release dates for any of its movies.

Mattel withdrew its 2020 guidance earlier in the year due to uncertainty over the coronavirus, which affected both the production of new products and demand. The company did say in July it expects sales to improve in the second half of the year after they fell 14 per cent year-over-year during the first six months of 2020, and see run-rate cost savings of US$1 billion.