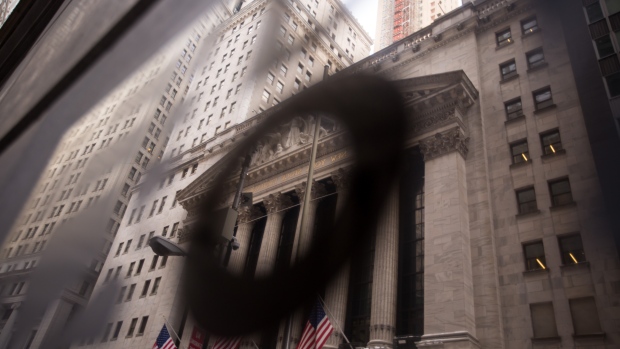 The New York Stock Exchange (NYSE) is reflected in a mirrored-sign in New York, U.S., on Monday, Jan. 8, 2018. , Michael Nagle/Bloomberg

The fate of the world’s largest exchange-traded fund rests on the health of a group of twenty-somethings.

Thanks to a quirk in the legal structure used to set up the SPDR S&P 500 ETF Trust, known as SPY, more than US$250 billion rests on the longevity of 11 ordinary kids born between May 1990 and January 1993.

Those children are now carving out careers in public relations, restaurants and sales, spread around the country from Boston and Philadelphia to Alabama and Utah. But none of the eight spoken to by Bloomberg News was aware of their role in investing history.

“Today was the first I heard about this,” said Alexander Most, 27, who’s about to start graduate school, studying education, policy and management. “Has it made me think about my mortality? Absolutely, in terms of projecting when this thing might end.”

It all harks back to the arcane structure used to create SPY, the first U.S. ETF, in 1993. At the time, setting up the fund as a unit investment trust solved a practical problem. Not only was it an established legal structure, it allowed the issuer to create fund units that resembled a company’s shares. But as a consequence, it required a specified termination date. So like many trusts, the fund was initially structured to expire in 25 years -- in January 2018. It was subsequently amended to peg the fund to the lives of individuals, which extended its own life.

SPY as we know it will cease to be on Jan. 22, 2118, or 20 years “after the death of the last survivor of the eleven persons” -- whichever occurs first. The structure doesn’t provide those people with a financial interest in SPY. 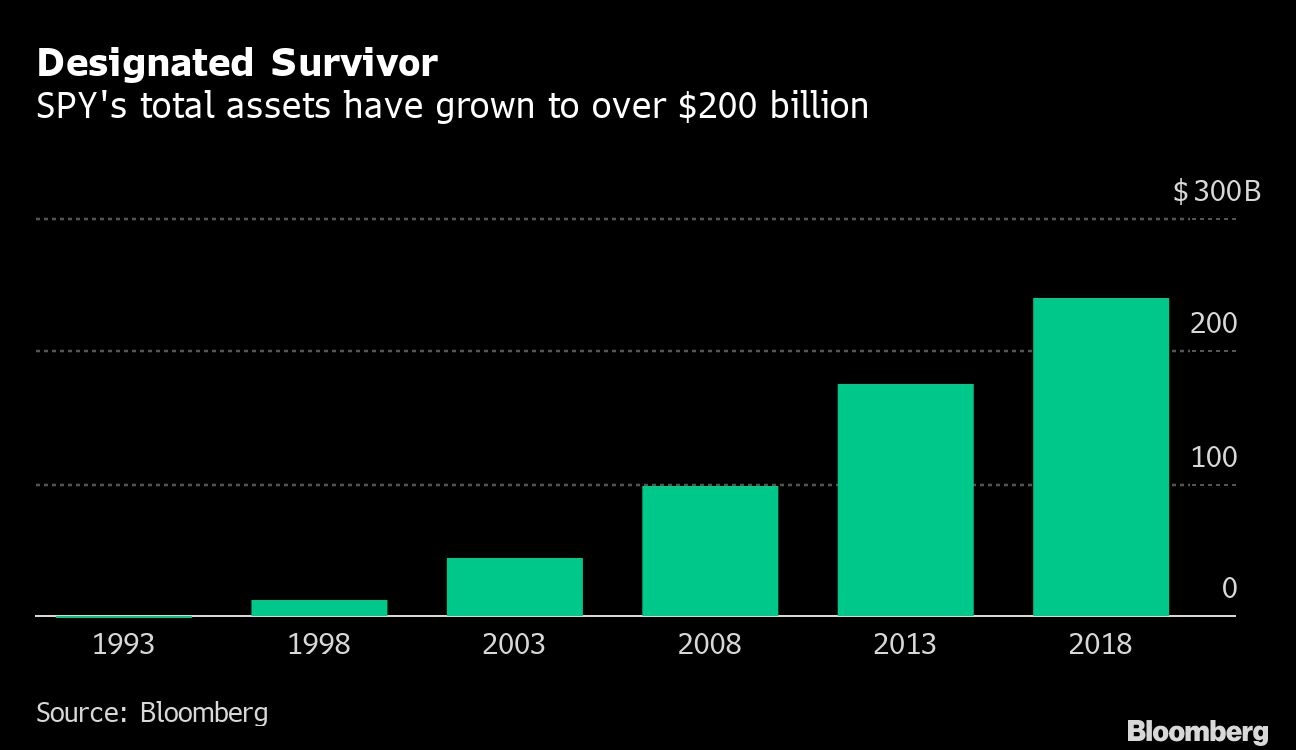 At least 8 of the 11 named in SPY’s documents have a family connection to the American Stock Exchange, which structured the first ETF and was bought by NYSE Euronext in 2008. For example, Most -- the grad student -- is the grandson of Nathan Most, one of the creators of SPY. State Street Corp. referred requests for comment on plans to deal with the fund’s end to NYSE, which declined to comment.

Claire McGrath was a lawyer in the options division of the AMEX in the early nineties. She remembers a call going out for babies’ names that could be used by the trust and volunteered her son, Kevin, and two nephews, Paul and Peter Pavelka.

“I had my son, and they asked if I would mind if they used him,” McGrath said. “It’s interesting because it’s an arcane rule that trusts always have to deal with, but it’s not a big deal. At the time, when we were creating these things, we had no idea they would become as spectacular.”

Kevin now works in PR in New York, while Paul and Peter are based in Philadelphia, tending bar at a trendy restaurant and working for the city’s water department, respectively. Birmingham, Alabama-based siblings Rian and John Imwalle also ended up on the list (their late step-grandmother, Marilyn, worked for the corporate communications team) as did Emily Weber, whose father Cliff Weber worked at the AMEX and later NYSE for more than two decades.

Jay Baker, now director of capital markets at Exchange Traded Concepts, an ETF issuer, says he put forward his daughter’s name. “They needed some names,” said Baker. “I think somebody said ‘Would you volunteer your daughter?’ and obviously she didn’t have a say in it -- and I was fine with it. It was just part of the process.”

One of the few non-AMEX-related people mentioned in SPY’s documents is Elizabeth Angel, an Atlanta-based engineer, and daughter of Jim Angel, a renowned finance professor at Georgetown University.

SPY isn’t the only ETF set up in this way. Seven other funds were also set up as unit investment trusts, according to data compiled by Bloomberg. And at least three of them include a provision relating to human lifespans.

Of course, with the oldest of the ‘SPY 11’ not yet 30, anyone who invests in, or trades, the ETF has a while to work out an alternative. But it’s a quirky reminder of how the ETF industry started out.

“I’m honored to be part of it and how we’re tied together on this is, I think, pretty special,” said Emily Weber, 26, who works in enterprise sales in New York. “I’m proud of the way it’s gotten to this point. I’m happy for everyone who was working on it.”

--With assistance from Eric Lam, Julia Fioretti and Ishika Mookerjee