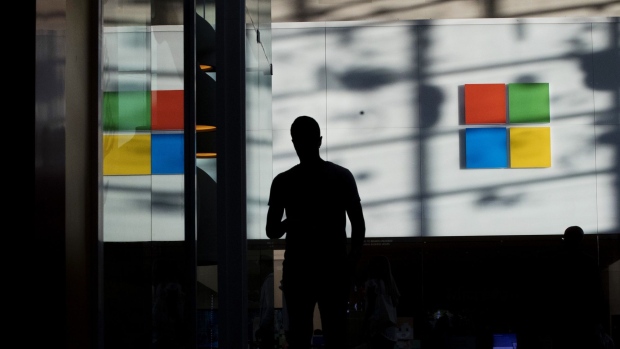 (Bloomberg) -- About 300 workers at Microsoft Corp.’s ZeniMax Studios, known for popular video games Skyrim and Fallout, have begun organizing to form a union in what would be the first at the software giant in the US.

Quality assurance employees at Maryland-based ZeniMax will be represented by the Communications Workers of America.

The labor movement is gaining steam in the gaming industry, and the ZeniMax action follows the creation of unions at two studios owned by Activision Blizzard Inc., which Microsoft is in the process of acquiring for $69 billion. Microsoft has pledged to remain neutral in the union negotiations.

The ZeniMax union is far larger than past efforts at Activision studios at Blizzard Albany in New York and Raven Software in Wisconsin, encompassing workers across several states who test the games for bugs and ensure they work properly. Quality assurance workers have been among the first to unionize in the games industry over low pay and poor working conditions. Microsoft acquired ZeniMax for $7.5 billion in 2020. The game giant includes Elder Scrolls-publisher Bethesda Softworks, Doom creator Id Software, Arkane Studios and several other developers.

“We are glad to support ZeniMax quality assurance workers as they join the growing video game labor movement in the US,” said CWA President Christopher Shelton, in a statement. “These workers are making history, joining the wave of game and tech workers at Activision, Alphabet, and dozens of other companies who have organized with CODE-CWA to build a better workplace.”

Although Activision Blizzard has fought against its workers’ unionization efforts, Microsoft vice chairman and President Brad Smith wrote a blog post in June recognizing that “the workplace is changing.” Smith said the company is “committed to creative and collaborative approaches with unions when employees wish to exercise their rights and Microsoft is presented with a specific unionization proposal.”

Prior to the recent unionization efforts in video games, Microsoft, like most large tech companies, had been viewed as a barren and somewhat hostile environment for organizing. The company largely crossed swords with unions via its large workforce of contract and temporary workers. In the late 1990s, the Washington Alliance of Technology Workers participated in a class action lawsuit of temporary workers seeking Microsoft benefits, winning a settlement from the company. The union then tried, mostly unsuccessfully, to gain members from the company’s contract workforce and full-time employees. In 2016, a group of Microsoft temporary workers signed a union contract with the outside staffing firm that employed them.

In a statement on Monday, a Microsoft spokesperson said that “the recent organizing efforts of ZeniMax employees, and Microsoft and ZeniMax’s neutrality toward this, are an example of our labor principles in action. We remain committed to providing employees with an opportunity to freely and fairly make choices about their workplace representation.”

Microsoft’s purchase of Activision is under antitrust review by the Federal Trade Commission and the agency’s chair, Lina Khan, has told lawmakers that as part of that process she is specifically looking at how the deal might impact workers. Khan said the FTC is also focusing on whether certain types of contracts, such as non-compete clauses that bar workers from switching jobs within an industry or non-disclosure agreements, violate antitrust or consumer protection laws.