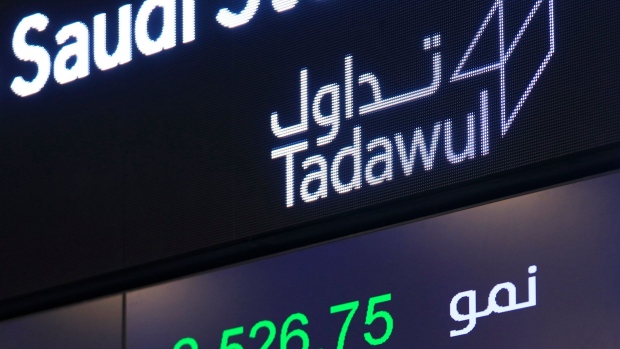 (Bloomberg) -- The biggest private equity and alternative asset manager in the Middle East is on the lookout for deals after the economic fallout of the pandemic made companies cheaper to buy and scandals thinned out the competition.

Investcorp Holding BSC, which manages about $34 billion, is looking to do more in the region across the health-care, transport, logistics and industrial sectors, said Walid Majdalani, the firm’s head of private equity for the Middle East and North Africa.

The firm, which has channeled $1.4 billion into the region over the past decade and made a return of about 1.8 times on invested capital, is also facing less competition from other private equity investors, he said. Over the past four years, Investcorp helped sell three family-controlled companies in which it held stakes on the Saudi stock exchange.

“We see a lot of opportunity to replicate what we have done already in Saudi Arabia -- the difference is now business owners are a lot more realistic about valuations,” Majdalani said. “Also, in terms of other people who do what we do and have teams on the ground, today we don’t see a lot of competition.”

The private equity industry in the Middle East has been rocked by the collapse of Abraaj Capital in 2018 and the arrest of several of its executives amid allegations that it misused investor funds. Dubai-based Al Masah Capital Ltd. was placed in liquidation earlier this year after it was fined for allegedly misleading investors about fees and its founder Shailesh Dash banned from working in the emirate’s financial center.

Private equity investors in the Middle East have long complained about the lofty valuation expectations of business owners, who often either built their companies from nothing or inherited them from parents who did.

The economic slump caused by the collapse in oil prices and the pandemic is eroding that confidence.

Abu Dhabi sovereign investment fund Mubadala Development Co. in 2017 acquired a 20% stake in Investcorp, which has backed companies including Tiffany & Co. and Gucci Ltd. through its U.S. private equity unit.

Set up in 1982, the money manager is also the Gulf’s largest private investor in U.S. real estate and has said it wants to boost its assets under management to $50 billion over the next five years.

New deals in the Middle East will likely be executed through a combination of raising a new private equity fund and also offering opportunities to Investcorp clients on a deal-by-deal basis, Majdalani said.

The three Saudi companies that Investcorp helped with initial public offerings include jewelry manufacturer L’Azurde, gym owner Leejam Sports, and grocery chain BinDawood Holding Co., which rose 10% on its trading debut, valuing it at over $3 billion.

Investcorp is also working on a fourth IPO of a Saudi company, Theeb Rent-a-Car, Majdalani said. That deal could occur by early next year.

“When we invested in Theeb its business was entirely renting cars to Saudis,” Majdalani said. “Today 45% of it is leasing, so that’s been tremendously helpful during this year.”