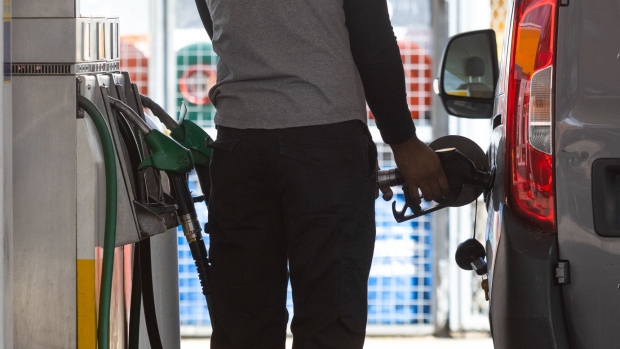 A customer fills their van at a Shell Plc petrol station in London, UK, on Monday, June 13, 2022. Last week, UK fuel prices surged by the most in 17 years to underscore the inflationary pressures the country faces. , Bloomberg

(Bloomberg) -- More UK firms than ever before are expecting to increase prices in the next three months, according to a survey that lays bare the perilous outlook for business.

The British Chambers of Commerce said its quarterly survey was flashing warning signals, with sales and confidence weakening. Three in four firms said they had no plans to increase investment, and more than a quarter now predict a drop in profits.

The findings suggest the highest inflation rate in four decades is likely to climb further as firms pass on higher energy, fuel and wage bills. There are fears that the blow to business investment and consumer spending could tip the economy into recession.

“The red lights on our economic dashboard are starting to flash,” said Shevaun Haviland, Director General of the BCC. “Nearly every single indicator has seen a deterioration since our last survey in March. Business confidence has taken a significant hit and fears over inflation and cost pressures are at new record highs.”

The prospect of further price increases will worry the Bank of England, where policy makers are raising interest rates at a unprecedented pace to stop an inflation rate that is soon set to hit double digits from becoming entrenched.

Almost two-thirds of firms now expect their prices to rise in the next three months, the highest proportion since the question was first asked in 1997. That rises to nearly 80% in the retail and wholesale, construction and engineering, and production and manufacturing sectors.