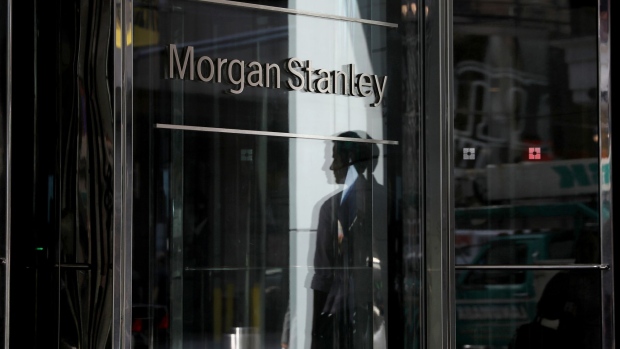 A pedestrian is reflected on the exterior of Morgan Stanley headquarters in New York. Photographer: Bess Adler/Bloomberg , Bloomberg

(Bloomberg) -- Morgan Stanley, the Wall Street lender overhauling its currency-trading business after losses and an internal probe, named new co-heads for the unit.

The New York-based bank said Samer Oweida, global head of FX sales, and Craig Abruzzo, who leads futures and derivatives clearing in Morgan Stanley’s equities business, would now lead the division, according to an internal memorandum obtained by Bloomberg News. Both will report to Jakob Horder, head of the macro division that houses FX trading, the memo shows.

Mark Lake, a spokesman for the lender, confirmed the contents of the memo.

The promotions come at a time of tumult for the business. Officials are reviewing a batch of option trades tied to the Turkish lira, and examining whether traders improperly valued the transactions and concealed losses, Bloomberg News reported. The bank last month appointed new co-heads of the FX options business that has been linked to those transactions.

Morgan Stanley’s currency business hasn’t had a global head since the departure a year ago of Senad Prusac, who oversaw it as leader of the macro division. Although the unit has historically been one of Wall Street’s smaller players in the $6.6-trillion-per-day foreign-exchange market, the firm has surged into the world of FX options, esoteric securities that can be lucrative to trade yet hard to value, Bloomberg has reported.

To contact the reporter on this story: Donal Griffin in London at dgriffin10@bloomberg.net

To contact the editors responsible for this story: Ambereen Choudhury at achoudhury@bloomberg.net, Marion Dakers, Vernon Wessels