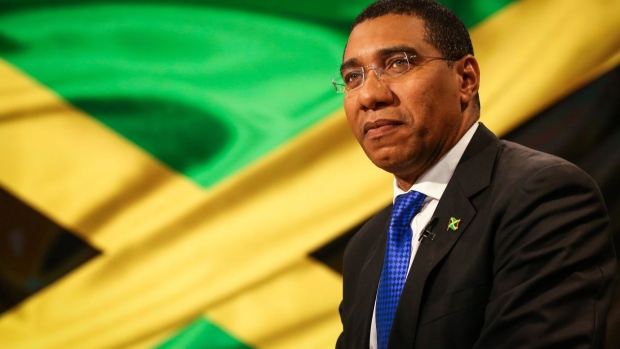 (Bloomberg) -- Jamaican Prime Minister Andrew Holness expects more than 70% the population to be using the country’s digital currency within five years, as the central bank rolls out the e-money nationally during the first quarter of 2022.

“There will be some initial challenges,” he said. “We have to figure out how to give people access to digital devices and the internet in general.”

Jamaica -- along with the Bahamas and the Eastern Caribbean Central Bank -- has become a global pioneer in creating digital currency. Unlike better known crypto currencies such as Bitcoin, whose users value their independence from central banks, CBDCs are government-backed digital versions of the local currency.

Jamaica’s economy has now almost recovered from the pandemic, Holness said. Tourism arrivals are back to about 70% of pre-pandemic levels, even though the omicron variant of the virus has caused some recent “softening” of the market, he added.