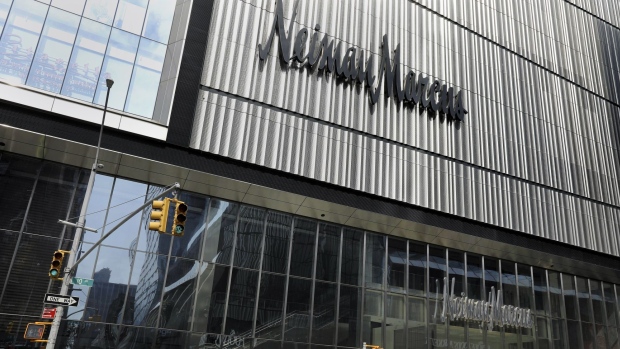 Neiman Marcus has officially come out of bankruptcy, a process that left the upscale department store with a lighter debt load and new owners to confront the same industry trends that led to its financial woes.

The new Neiman Marcus Holding Company Inc. emerged from Chapter 11 bankruptcy protection Friday, saying it had eliminated more than US$4 billion of existing debt. Also gone are the stakes once held by Ares Management Corp. and the Canadian Pension Plan Investment Board, who piled on debt as part of a 2013 leveraged buyout. The Dallas-based company is now owned owned by Pacific Investment Management Co., Davidson Kempner Capital Management and Sixth Street Partners.

With the financial cleanup completed, Neiman Marcus and its Bergdorf Goodman store still must deal with the pandemic’s fallout, shopper defections to online merchants and a preference among younger customers for experiences instead of objects.

Mike Campellone, an analyst with Bloomberg Intelligence, said the current environment for a fashion luxury retailer isn’t ideal. “The bankruptcy process did help reduce the company’s debt load -- but there’s still a lot more to play out in terms of where the luxury apparel space is headed,” he said.

The company was hit particularly hard by the pandemic. Neiman’s stores across the U.S. were closed and workers were furloughed to help stop the spread of the coronavirus, although locations have gradually started to reopen. The company filed for court protection in May.

The new owners “understand the value of our brands and the opportunity for growth,” said a statement from Geoffroy van Raemdonck, the chief executive officer who kept his position during the bankruptcy process and will now lead the turnaround effort.

Some of Neiman’s creditors and retail peers couldn’t say the same. Lord & Taylor has been running going-out-of business sales and Stein Mart Inc. is being dismantled. Marble Ridge Capital, a creditor that peppered Neiman Marcus with objections to its debt maneuvers before and after the bankruptcy filing, is being wound down after co-founder Dan Kamensky’s tactics drew criminal charges.

The three new investment managers controlling Neiman Marcus are funding a US$750 million exit package to refinance a loan and add liquidity to the business, according to the statement.

“While the unprecedented business disruption caused by COVID-19 has presented many challenges, it has also given us the opportunity to reimagine our platform and improve our business,” said van Raemdonck. “We emerge from Chapter 11 as a stronger, more innovative retailer, brand partner, and employer.”

Neiman Marcus also has a new board, composed of six members. Alongside van Raemdonck are Pauline Brown, the former chairman of North America for LVMH Moët Hennessy Louis Vuitton SE, and Kris Miller, the former chief strategy officer at eBay Inc., among others.