Netflix Inc. was downgraded to the equivalent of a sell at Needham, which reiterated its view that the video-streaming company was at risk of losing millions of customers in 2020 given competition and pricing.

Because the balance sheet “cannot withstand lower revenue,” Needham recommended the creation of a pricing tier that has a lower monthly cost, but which will be supported by advertising revenue. Netflix “has consistently stated it will not have advertising, which we believe will result in U.S. sub losses,” Needham wrote, adding that international subscriber growth “will not support NFLX valuations” because domestic users are significantly more profitable.

Shares of Netflix fell 2.3 per cent before the bell, suggesting the stock would extend a recent period of underperformance. The stock has dropped in six of the past seven trading days, not including Tuesday’s pre-market activity. Thus far this year, Netflix is up about 13 per cent, below the 25 per cent gain of the S&P 500.

Needham’s rating fell to underperform from hold, making it at least the second downgrade that Netflix has received thus far this month. Last week, Citi cut the stock to neutral, citing heightened competition and the company’s “scant operating leverage.” Separately, KeyBanc Capital Markets recently warned that Netflix could continue to struggle with subscriber trends as it faces competition from companies like Walt Disney.

The bearish rating is a minority view on Netflix. Including Needham, there are seven firms with a sell-equivalent rating on the stock, according to data compiled by Bloomberg, compared with 29 buys and 10 hold ratings. The average price target is US$353, which implies upside of about 17 per cent above Monday’s close.

Needham doesn’t have a price target on Netflix shares, but it wrote that the stock “looks more attractive” around US$260. It closed Monday at US$302.50. 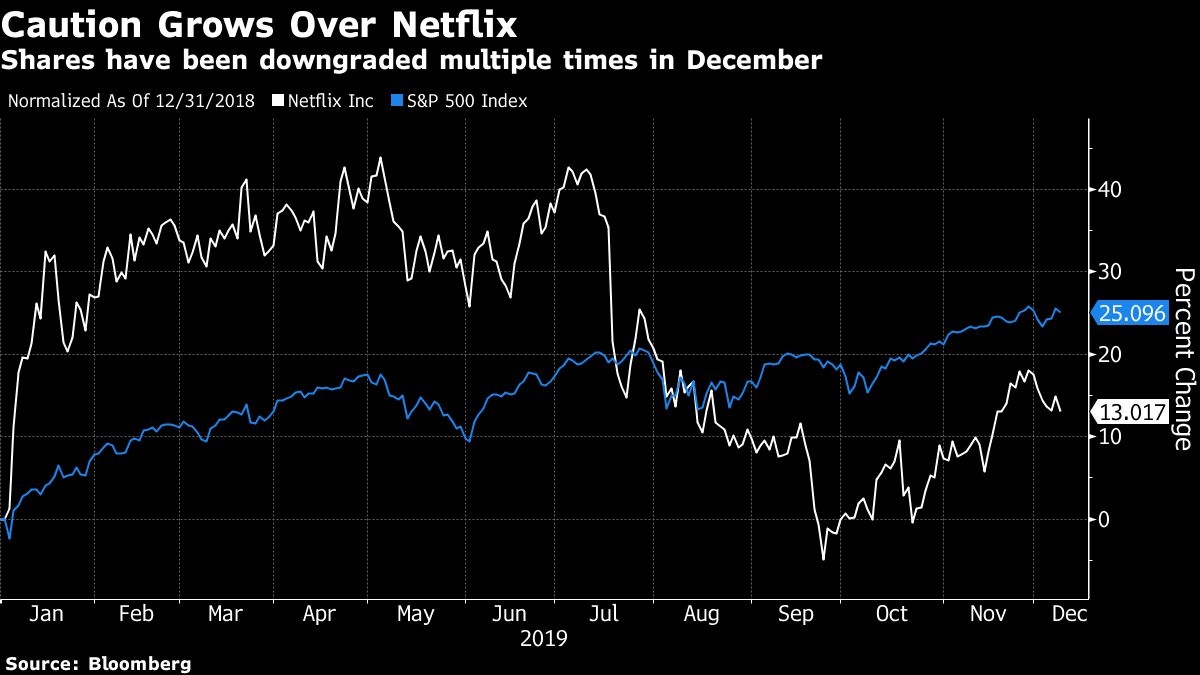