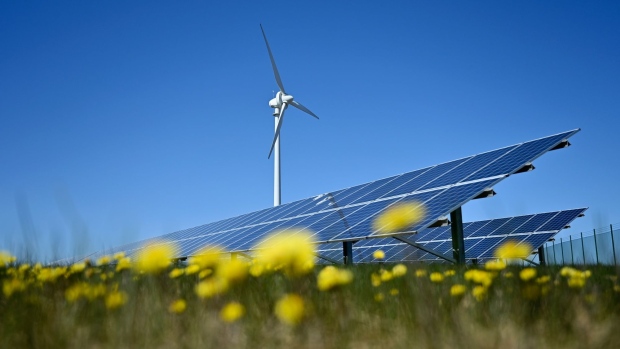 (Bloomberg) -- ESG asset managers are accelerating their use of new climate-investing benchmarks created by European authorities, in a development that’s set to make it harder to get away with greenwashing.

While only about $1.2 billion is now tied to gauges that meet European Commission requirements -- a tiny fraction of the $35 trillion of ESG assets worldwide -- inflows have more than doubled since January, according to the European Securities and Markets Authority.

That suggests investors are looking for some guardrails as they navigate a market rife with anxiety about greenwashing, which is the term that’s been given to exaggerated, false or deceptive claims about a product’s fidelity to climate goals, such as those set in the landmark 2015 Paris agreement. EVestment, a unit of Nasdaq, estimates that there are more than 890 ESG dedicated strategies and another 7,400-plus that integrate ESG into the investment process.

Before the creation of the new benchmarks “you could have smacked that label on a product and gone, ‘Paris Aligned,’ and there could be anything going on in that index,” said Jas Duhra, the EMEA head of environmental, social and governance indexes at S&P Global, which makes and markets such gauges. Now, asset managers making ESG claims “can’t just have an index that’s formed of IT companies and media companies.”

Benchmarks serve as a base for creating investment products and as yardsticks for measuring fund performance. The commission in 2016 required they incorporate ESG elements, but didn’t specify how. Their numbers proliferated, leaving investors and advisers alike confused. The commission then stepped in, creating the new criteria for benchmarks that seek to be labeled either climate-transition or Paris-aligned.

“You had so many different kinds of ESG benchmarks, it was impossible to compare,” said Janicke Scheele, head of sustainable investment at DNB Asset Management.

Under the new rules, an index can’t be labeled as being climate-transition or Paris-aligned if it doesn’t include a broad universe of investible assets that starts with a smaller carbon footprint and that requires annual emission reductions.

Those requirements are emerging as important touchpoints for investors, says Duhra from S&P. The company was chosen in May to create an EU-compliant benchmark for the German government and has worked with partners to develop electronically traded funds based on its indexes.

“We are seeing more and more asset owners and asset managers signing up to net zero commitments, and they are being substantive about it,” she said. “That requires action and tools and access to products like these.”

Last year, the total number of ESG benchmarks overall jumped 40%, according to the Index Industry Association, whose members create benchmarks for asset managers. That compares with annual growth of around 5% or lower in benchmarks generally.

“We have never seen anything like that before,” said Rick Redding, chief executive officer of IIA. The EU rules will now provide much needed clarity on which can be labeled Paris-aligned or climate-transition, he said. Among IIA members are Bloomberg Indices, FTSE Russell and S&P Dow Jones Indices.

The climate benchmarks aren’t for everyone, though, says Jan Erik Saugestad, who runs Storebrand Asset Management. He expects their use to increase, but his team probably won’t design investment products around them.

Replicating a benchmark “is a very active investment strategy [that] you have outsourced,” he said. The Storebrand ASA unit has been running a climate strategy since 2016 that has “a lot in common” with the benchmarks, and it’s not ready to give that up.

Still, Redding says that performance needs to be monitored with tools that people can “understand.”

“Let’s assume you’re hiring an active ESG manager,” he said. “You still have to hold them accountable for their performance against a benchmark.”