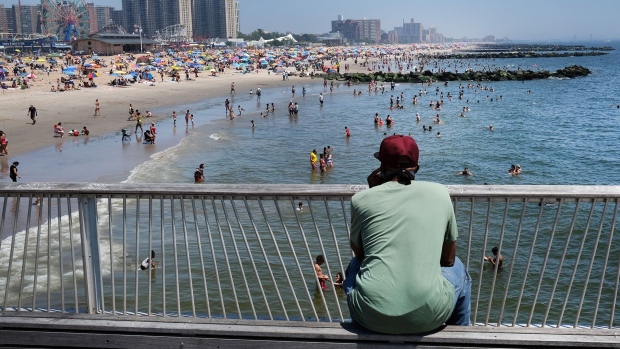 (Bloomberg) -- New York City apartments dwellers willing to turn down their air conditioners amid a searing heat wave could get a little extra cash this summer.

Power provider Consolidated Edison Inc. will, for the first time, pay residents for cutting electricity use when demand peaks and costs are the highest. The effort, coming one year after a massive blackout left 72,000 New Yorkers without power, is an expansion of a program that pays big commercial power users to cut back when demand spikes.

Now, with Manhattan offices emptied to reduce the spread of coronavirus, daytime power use has shifted to where many workers live in Brooklyn, Queens, Staten Island, the Bronx and Westchester County. Sweltering heat that spurs residents to kick air conditioners into high gear amplifies demand challenges. But new, high-tech meters that can be read remotely every 15 minutes make even the smallest conservation effort valuable to some consumers.

As temperatures climbed into the 90s Fahrenheit on Monday, electricity use surged past 10,000 megawatts, the highest level since 2013, prompting ConEd to call on residents who joined the demand-response program to curb their power use in four outer boroughs, according to Philip O’Brien, a company spokesman.

“This is the first time in ConEd history where residential customers can participate,” said Jeff Hendler, chief executive officer of Logical Buildings, which has lined up hundreds of ConEd customers who are willing to raise thermostats or turn off a TV and get paid for it.

ConEd also gave a signal to Logical Buildings and other demand response companies to ease off everywhere outside of Manhattan when demand peaked at 4 p.m. Monday. Hendler said a couple hundred of his customers responded. The utility asked for cuts again at the same time Tuesday.