Trevor Milton’s decision to step down as executive chairman of Nikola Corp. is costing him.

Shares of the electric-vehicle startup that Milton founded in 2014 plunged 19 per cent on Monday, valuing his holding at US$3.3 billion. That’s about US$767 million less compared with Friday’s close, according to the Bloomberg Billionaires Index.

Milton owns about a third of the Phoenix-based company, which makes up the bulk of his wealth and has come under increasing scrutiny since it began trading publicly in June. 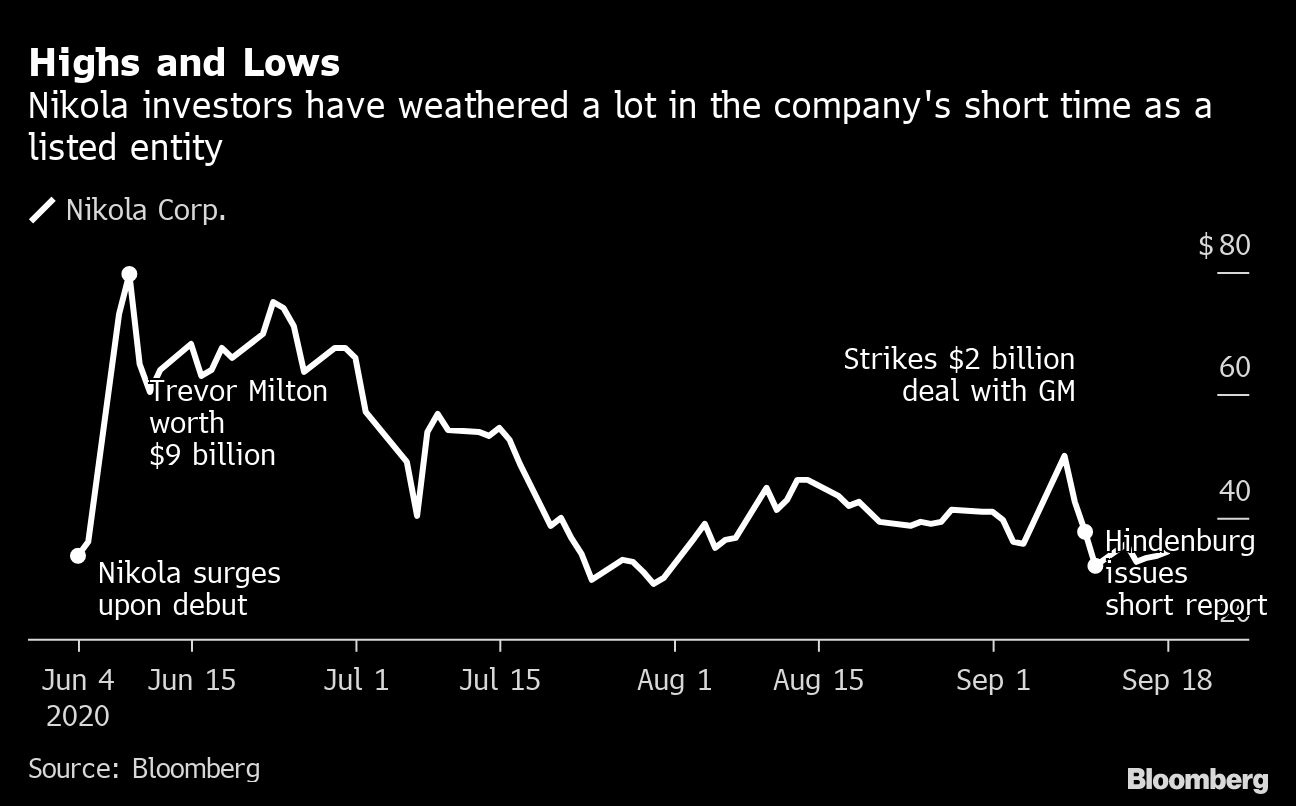 “Nikola is truly in my blood and always will be,” Milton said in a statement. “The focus should be on the company and its world-changing mission, not me.”

The resignation is the latest to hit Nikola after an extraordinary rise for Milton, a 39-year-old college dropout whose fortune soared when he took Nikola public through a reverse merger. He agreed to relinquish stock units that were worth about US$166 million as of the end of last week and also gave up his board seat at the company, which has yet to generate any meaningful revenue.

“Come back in 12 months and watch how it’s done,” Milton told Bloomberg earlier this year. “I’m an innovator, I’ll let the haters hate. I’m here to create, I’m not here to destroy.”

--With assistance from Andrew Heathcote.