Neil Bruce gave up his 2018 bonus “given the company’s financial results” after taking home a $1.45 million (US$1.1 million) reward the previous year, the Montreal-based engineering company said Tuesday. His overall compensation was down 13 per cent to $5.45 million, according to documents released ahead of the annual meeting of shareholders.

The financial metrics that make for the bulk of the bonus calculation “were well below threshold level and expectations,” because of challenges in its mining and oil and gas units, the company said. Bruce, who joined in 2015, was credited among other things for completing the integration of WS Atkins of the U.K., which SNC bought in 2017.

SNC stock has lost 29 per cent of its value since late January after the company posted two profit warnings on troubles in Chile and Saudi Arabia, while becoming the center of a political scandal that’s engulfed the government of Justin Trudeau. His former attorney-general said the Canadian prime minister and some of his aides pressured her to intervene to help the construction firm avoid a trial over charges of fraud and bribery in Libya more than a decade ago.

Still, SNC softened the blow for Bruce by raising his share-based award by 17 per cent, while his salary went up 2.7 per cent. Shareholders on May 2 will be asked to adopt a non-binding “say on pay” resolution to “accept the approach to executive compensation.” 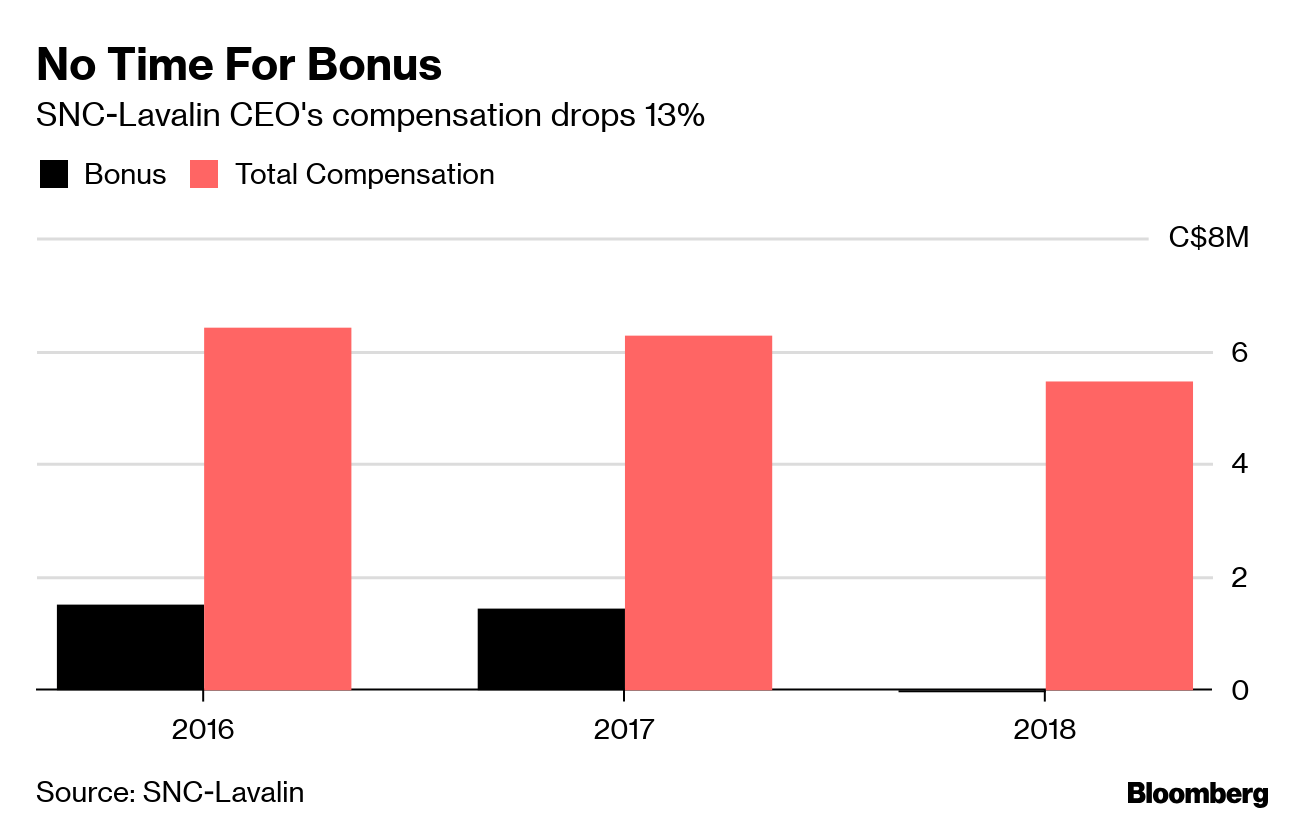