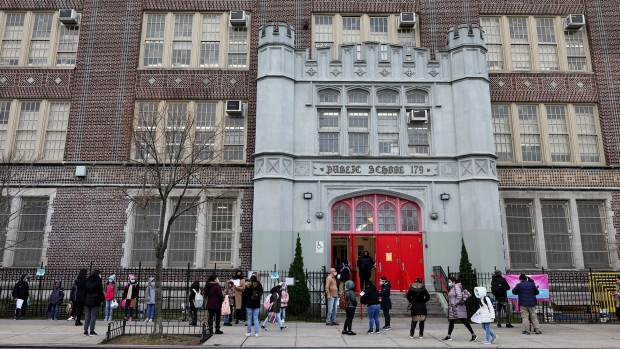 (Bloomberg) -- New York State is putting solar panels on top of 47 New York City schools and on some water treatment facilities in an effort to advance its clean energy plans, Governor Kathy Hochul announced on Wednesday.

The new solar projects are expected to generate more than 25 megawatts of power, a quarter of city’s 2025 goal of implementing 100 megawatts of solar power on city-owned properties. It was long thought that densely populated urban centers would have to rely on projects outside of cities to generate green power, but New York’s move shows the viability of rooftop power as a way to reduce emissions.

The systems will also include up to 6.6 megawatts of energy storage which should support the reliability of solar power as an energy source. Construction of the project will be managed by the New York Power Authority and is set to begin in early 2022. The systems will be phased into operation that year and the following one.

The new power purchase agreements are with ENGIE North America and Ameresco Inc. and they will help New York reach the clean energy targets that were outlined in its 2019 Climate Leadership and Community Protection Act, known as the Climate Act.

The solar project’s 25 megawatts of power is equivalent to what’s used in 1,297 NYC residences, a small fraction of the city’s total housing stock.