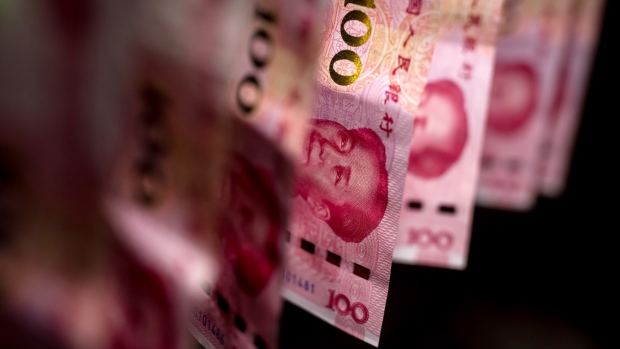 (Bloomberg) -- The offshore yuan reversed declines after a report the U.S. is considering a currency pact as part of an early deal with China that could also see a planned tariff increase next week suspended.

The currency rose 0.1% to 7.1324 per dollar at 9:20 a.m. in Hong Kong. Contracts on the FTSE China A50 Index dropped 0.2%. The currency accord -- which the U.S. said had been agreed to earlier this year before trade talks broke down -- would be part of what the White House considers to be a first-phase agreement with Beijing, according to people familiar with the discussions.

The currency earlier weakened amid conflicting reports over progress of the talks.

“Market braces for more headlines -– which can be confusing -– in the next two days,” said Frances Cheung, head of Asia macro strategy at Westpac Banking Corp. “Investors may want to keep their position light.”

To contact the editors responsible for this story: David Watkins at dwatkins19@bloomberg.net, Richard Frost