Oil advanced amid a slow resumption of U.S. production halted by Hurricane Ida more than a week ago.

Futures in New York settled 1.4 per cent higher on Wednesday. About 77 per cent of U.S. Gulf of Mexico crude output remains shut-in nine days after Ida made landfall in southeast Louisiana, according to the Bureau of Safety and Environmental Enforcement. The value of regional grades such as Mars Blend reached the highest since January and a prolonged shutdown could spark an increase in shipments of Russian crude to American ports.

Many observers had anticipated offshore wells would return to service ahead of onshore oil refineries but now “it seems that it may be the other way around,” said Rebecca Babin, senior energy trader at CIBC Private Wealth Management. 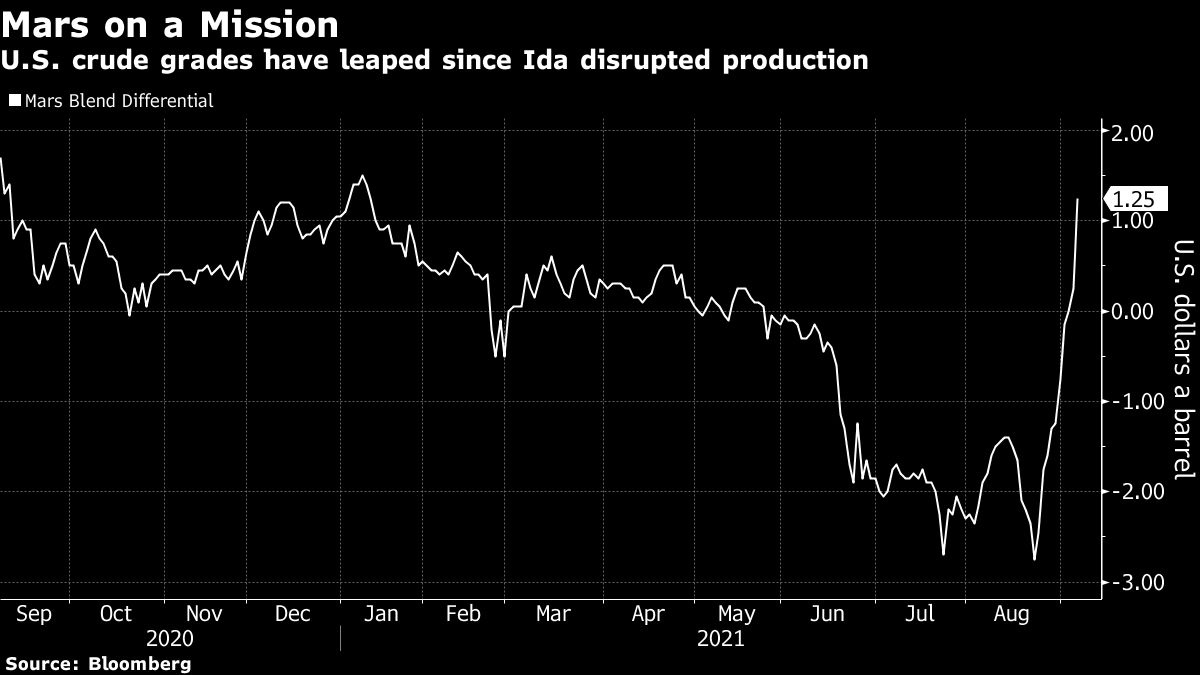 Benchmark U.S. oil futures have held close to US$69 a barrel so far this month in the wake of sporadic demand increases in Europe and elsewhere. Still, the fast-spreading COVID-19 delta variant has triggered renewed lockdowns in some countries.

Meanwhile, a fresh wave of protests at key Libyan oilfields and ports threatens to derail the OPEC member’s production and exports. But its impact on the supply-demand balance may not be as acute as in the past.

“There is a lot of spare capacity now around the world that can substitute for Libyan supply,” said Rob Haworth, senior investment strategist at U.S. Bank Wealth Management.

After Ida, ongoing oil-production outages in the U.S. Gulf could end up benefiting an industry that was worrying about delta’s spread affecting demand. “It could serve as an equalizer to balance markets and support crude pricing as we exit a seasonally strong period,” Babin said.