Oil surged the most since November as signs of stronger gasoline demand in the U.S. eased concerns around the global economic recovery from the pandemic.

Futures in New York jumped 5.9 per cent on Wednesday, just about erasing the prior session’s price plunge that pushed futures to the lowest since early February. A U.S. inventory report showed domestic fuel consumption is at the highest in four months and Gulf Coast refiners are increasing their appetite for crude. Meanwhile, work to re-float a giant vessel that’s blocking the Suez Canal is suspended until Thursday, complicating efforts to get traffic moving again in one of the world’s most important waterways.

“The market was due for a correction, but we’ve had it and now it’s over,” said Bill O’Grady, executive vice president at Confluence Investment Management in St. Louis. “The short-run outlook is looking better. More vaccines in arms and more people able to get around is all good news.” 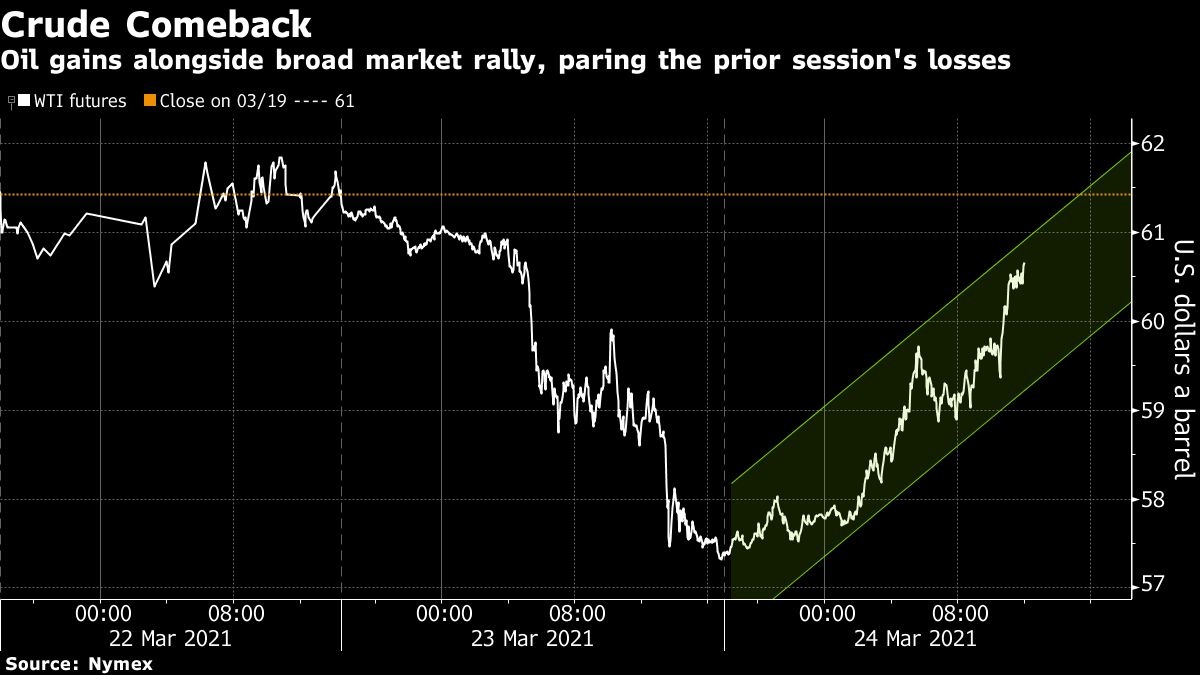 Oil prices have been on a volatile ride over the past week amid signs of softening physical demand, renewed pandemic-related lockdowns in Europe and the unwinding of long positions. Key timespreads briefly flipped into contango earlier this week, a market structure signaling oversupply.

The recent weakness has called into question the OPEC+ alliance’s next move. The group agreed to extended supply curbs into April and are likely to maintain output targets for another month with Saudi Arabia possibly cutting even deeper, according to industry consultant FGE. The producer alliance will meet next week.

“Before these events in Europe, OPEC was clearly on pace to raise production and the market looked willing to accept that,” said Rob Thummel, a portfolio manager at Tortoise, a firm that manages roughly US$8 billion in energy-related assets. “Now, there’s more uncertainty whether they do that.” 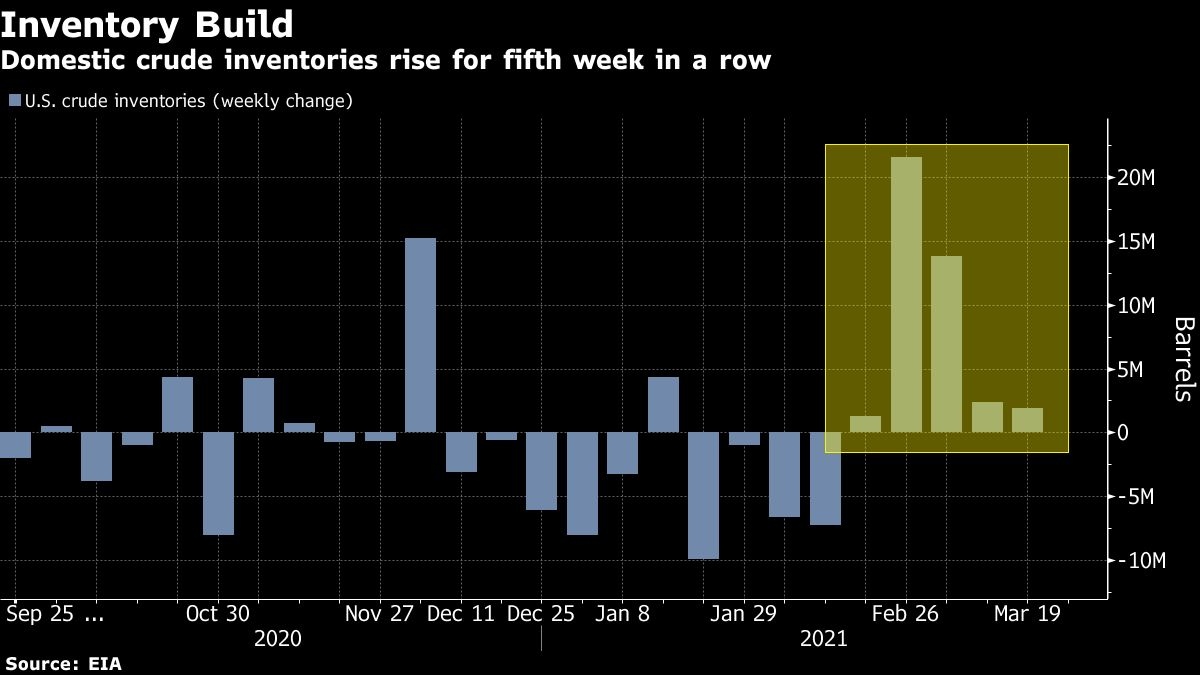 The Ever Given, a container ship longer than the Eiffel Tower that ran aground in the southern part of the canal in Egypt, is still stuck across the waterway despite efforts to release it with tugs and excavators. Dredgers are still trying to loosen the vessel before any attempt to pull it out. More than 150 ships are gridlocked around the canal.

--With assistance from Alex Longley, Jeffrey Bair and Sheela Tobben.