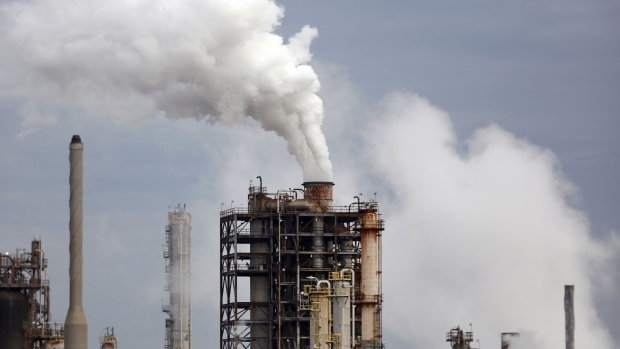 (Bloomberg) -- The U.S. Supreme Court let government officials press ahead with three lawsuits that accuse more than a dozen oil and gas companies of contributing to climate change.

Without comment or published dissent, the high court Tuesday refused to block a lawsuit by Baltimore while companies try to shift it from Maryland state court into federal court, where businesses tend to fare better. Individual justices then rejected similar requests in cases from Rhode Island and Colorado.

The suits are among about a dozen similar cases filed by state and local governments around the country against the fossil-fuel industry.

The companies defending against the two lawsuits include BP Plc, Chevron Corp., ConocoPhillips, ExxonMobil Corp., Phillips 66 and Royal Dutch Shell Plc. The companies told the Supreme Court in the Baltimore case they would be subject to “duplicative and unrecoverable” litigation costs if the cases went forward.

Government officials say they are already suffering from storms, flooding, increasing heat and growing emergency response costs as a result of climate change.

Justice Samuel Alito didn’t take part in the Baltimore case. Although he gave no reasons, Alito owns stock in ConocoPhillips and Phillips 66, according to his most recent financial disclosure report.