To be safe in a recession, sell oil: Global energy strategist Jan Stuart

Oil ended the week below US$100 a barrel for the first time since early April after another volatile period of trading marked by escalating concerns over an economic slowdown.

West Texas Intermediate settled above US$97 a barrel, down 6.9 per cent this week. Oil saw another hugely volatile week of trading, which saw prices at one point wipe out all of their gains since Russia invaded Ukraine. Earlier this week, a report showed that US inflation rose to its highest in four decades while high US gasoline prices are starting to take their toll on consumption.

“Oil has been volatile, particularly to the downside in recent days because of concerns about the state of the Chinese economy and the red-hot inflation print from the US this week,” said Rohan Reddy, director of research at Global X Management. 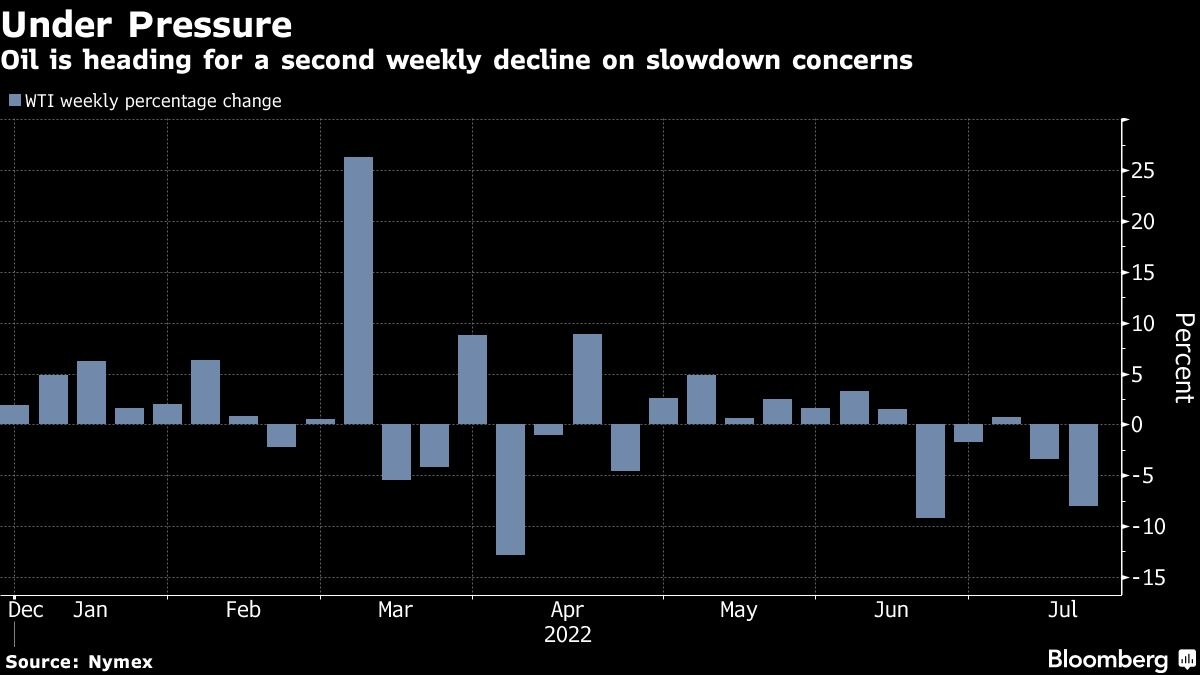 On Friday, prices pared some of their weekly losses with President Joe Biden’s trip to Saudi Arabia set to yield no announcement on oil supply and as prospects receded for a full percentage-point rate hike by the Federal Reserve.

Crude has fallen since early June on escalating fears the US may be pushed into a recession as central banks hike rates to combat inflation. At the same time, Libya is restarting its oil exports and production from all of its fields after reaching a deal with protesters, ending months-long blockade that had halved the OPEC nation’s output.

A stronger dollar and COVID-19 outbreaks in China also added to pressure on oil this week. Shanghai’s flareup appears to be stabilizing, but authorities are still locking down parts of the city and housing compounds. Still, data Friday showed Chinese growth at the slowest pace since the country’s first COVID outbreak.

Despite the decline in futures prices this week, global oil supply remains strained. This can be seen in timespreads showing a wide premium for immediately available barrels. Attention will turn to OPEC+’s next production moves in early August.