Oil managed a slim gain with the IEA highlighting the precariously tight state of global fuel stockpiles, while the EU signalled its members may not yet be able to agree on a Russian oil ban.

West Texas Intermediate settled near US$106 after fluctuating for most of the session on Thursday. European Union nations say it may be time to consider delaying a push to ban Russian oil if the bloc can’t persuade Hungary to back the embargo. A report by the International Energy Agency demonstrated how critical Russian supplies are to maintaining global fuel balances. There is currently an “almost universal product shortage,” it said in its monthly Oil Market Report.

“The products story is starting to be the tail that is wagging the dog in crude,” said Rebecca Babin, senior energy trader at CIBC Private Wealth Management. “It simply can’t be ignored.” 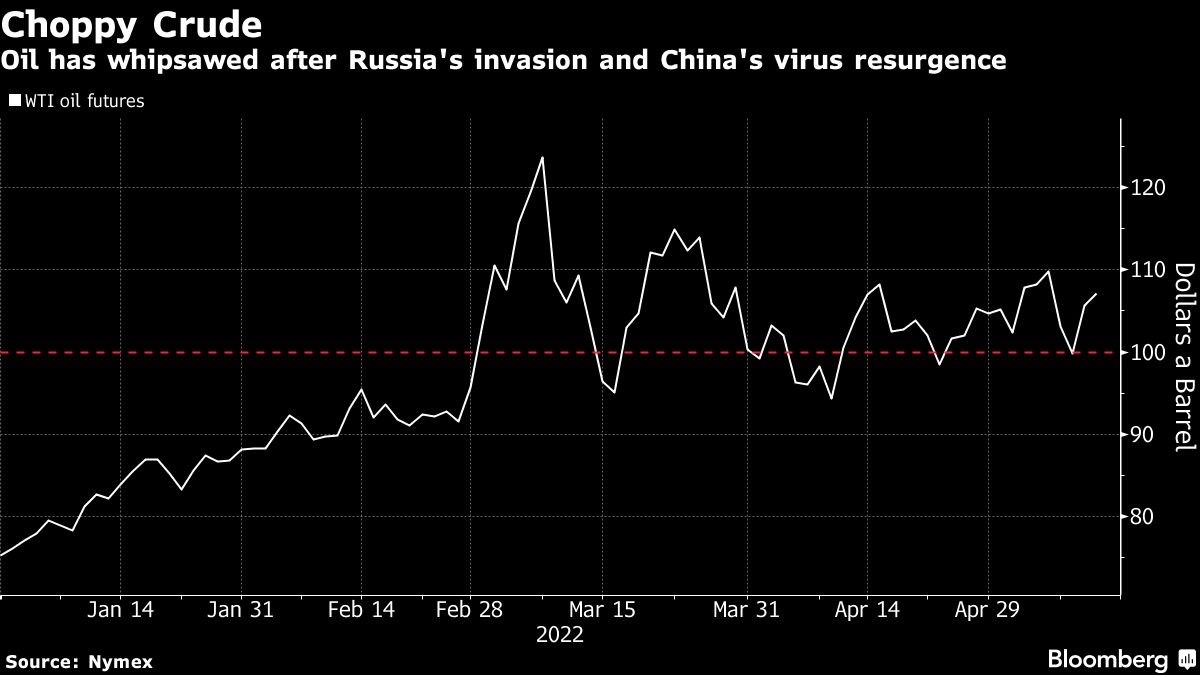 Oil has advanced more than 40 per cent this year as Russia’s invasion of Ukraine upended an already tight supply-demand balance. The war is rerouting global crude flows, with the US and UK moving to ban the import of Russian barrels, while some Asian buyers take extra cargoes. As the war drags on, there’s mounting pressure on the European Union to curb its imports.

US distillate stockpiles -- a category that includes diesel -- fell to the lowest level since 2005 last week, while gasoline supplies declined for a sixth week, according to the Energy Information Administration. The IEA says diesel inventories in the OECD are the lowest since 2008.

“Diesel drama is dominating the price action once again,” analysts at wholesale-fuel distributor TACenergy wrote in a note to clients. Gasoline stocks are also facing “logistical challenges as the world struggles to deal with the supply chain going from bad to worse over the past 3 months just in time to reach our peak demand season.”

With concerns growing about dwindling fuel stockpiles, Bank of America this week said that oil product cracks -- the profits from turning crude into fuels -- will continue to rise in the near-term as refiners try to meet summer travel demand. It sees US gasoline trading at a US$34 premium to Brent for the rest of the year.