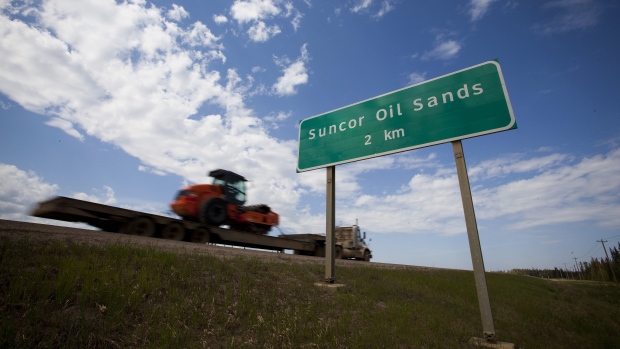 CALGARY -- Analysts say a rebound in oil prices as consumer demand for gasoline rises will buoy energy companies as they give quarterly results starting next week.

But they caution that there are still too many risks and uncertainties in the market to expect any new project spending as the second-quarter reporting season begins with results from Calgary-based Suncor Energy Inc.

The three months ended June 30 were marked by depressed oil prices blamed on a glut of oil from members of the OPEC-plus group, followed by a severe decline in fuel demand as pandemic lockdowns kicked in.

The price impact led to about $8.6 billion in announced capital budget cuts by producers of Canadian oil.

Analyst Michael Dunn of Stifel FirstEnergy says investors will be keenly interested in how companies are cutting costs and talking about plans for the rest of 2020 and 2021.

Phil Skolnick, an analyst for Eight Capital, says the second quarter will be the worst quarter this year for most energy companies and they will be reluctant to increase spending on new projects given recent setbacks in pipeline development and the risk of a second wave of the pandemic.