Grim day for pipelines shows they're almost impossible to build

Crude futures in New York were unable rise above US$41 over mounting concerns that a recovery in U.S. gasoline demand is faltering with the coronavirus continuing to spread.

“There should never be a storage build in gasoline in summer time, especially during driving season around the 4th of July,” said Bob Yawger, director of the futures division at Mizuho Securities USA. “But that’s what we’re looking at.” 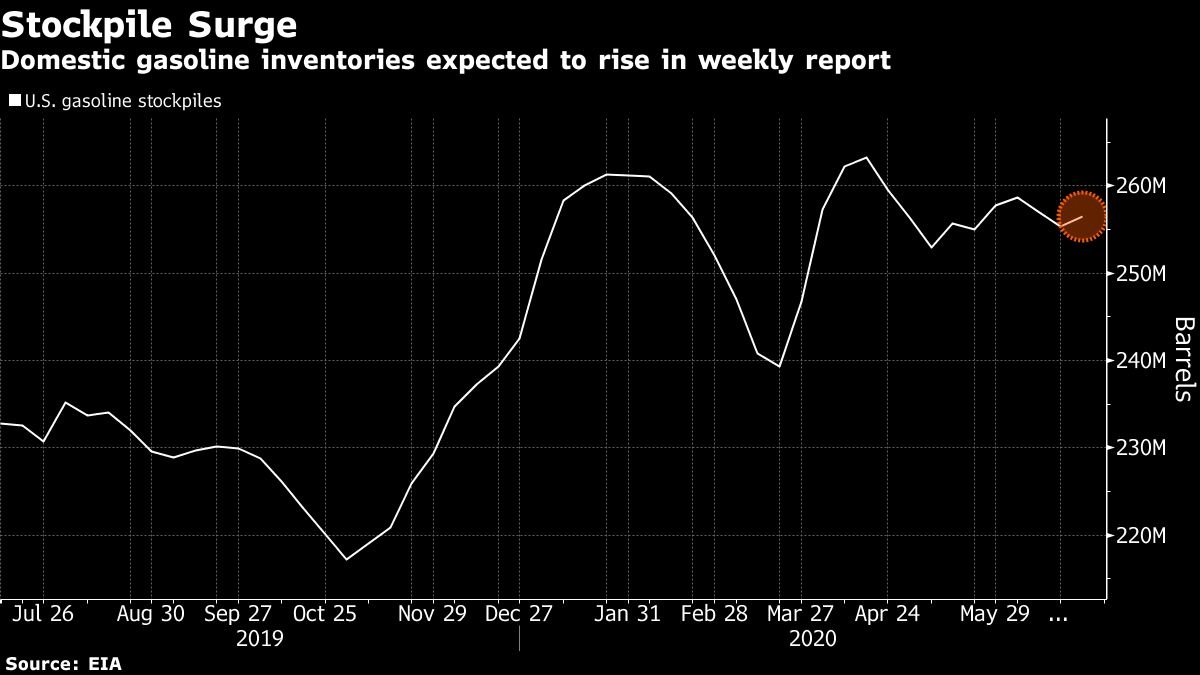 WTI volatility hit its lowest level in four months, a stark contrast from the wild fluctuations seen in prices earlier this year. An uptick in virus cases in the main fuel-consuming states in America’s south has led local officials to reimpose stricter measures such as shutting indoor dining and closing gyms.

“All of the problems oil has had since March are derivatives of the health issues surrounding the coronavirus,” said Bart Melek, global head of commodity strategy at TD Securities. “There’s nothing policy makers can do on the economic side.”

• West Texas Intermediate for August delivery fell one cent US to settle at US$40.62 a barrel in New York.
• Brent for September settlement slid two cents US to close at US$43.08 a barrel.

Nationwide gasoline stockpiles are already sitting above 250 million barrels. Meanwhile, supplies of distillates, a category that includes diesel, increased by 473,000 barrels, according to the Bloomberg survey. Official government data is due Wednesday.

“The rate at which we are unwinding inventory builds from 1Q and 2Q may be a lot slower, leaving the market in a precarious position in terms of pricing,” Melek said.

While consumption has been stronger in China, which is further ahead in its re-opening, independent refiners in Shandong may cut crude runs in July and August from a record high in May due to narrowing margins, according to industry consultant Facts Global Energy.

“With rising coronavirus cases reported from all over the world and with global oil production expected to rise soon one cannot help but think the medium-term peak is not far away,” said PVM Oil Associates analyst Tamas Varga.

—With assistance from Alex Longley and Saket Sundria.