Refiners take a lot of heat but they’re doing their best to increase output: Robert Yawger

West Texas Intermediate dropped to near US$104 a barrel, with prices having shed more than 10 per cent in the last week. Powell said his commitment to fight inflation is “unconditional.” Warnings about a potential recession and economic slowdown have overshadowed oil market fundamentals that indicate a growing supply crunch. Crude’s recent swings have been too volatile for many traders. Open interest across the main futures contracts has fallen to the lowest since 2015 in recent days.

Updated statistics on the state of US inventories won’t be released this week. The Energy Information Administration’s stockpile report is delayed after a power disruption damaged some of the agency’s hardware. 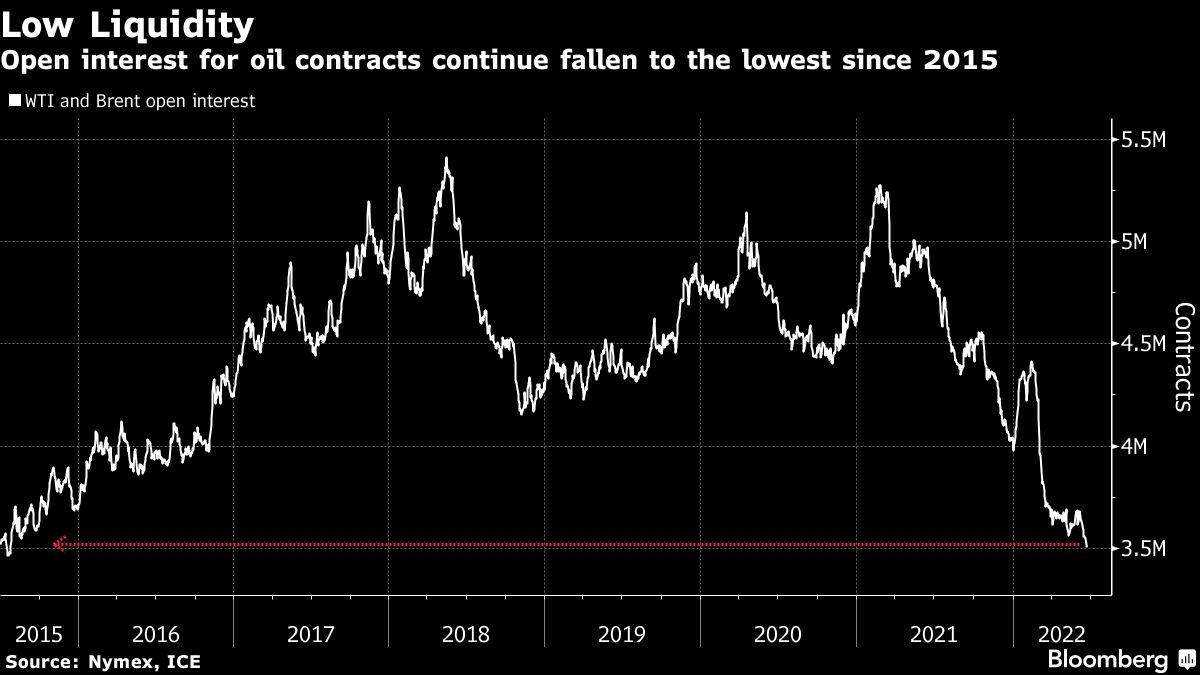 As a result, markets will have to rely on a US industry report to parse out weekly inventory data. The American Petroleum Institute reported crude holdings rose by 5.6 million barrels last week, while gasoline holdings also climbed, according to people familiar with the data.

Over the past two weeks, oil has been rapidly giving up gains in what’s been a volatile quarter as investors attempt to gauge the trajectory of the global economy and its impact on raw materials. There’s about a 50 per cent chance the world economy will succumb to a recession, according to Citigroup Inc. and Deutsche Bank AG.

There’s still little consensus among major banks on the outlook for oil. Goldman Sachs Group Inc. said in a note Tuesday that demand is still running ahead of supply, while warning that the Fed “cannot print commodities.” Citi sees crude dropping through this year and beyond.

So far, there’s only been limited relief in refined product markets -- where bigger surges have occurred. Diesel futures in Europe closed Wednesday at more than US$57 a barrel higher than crude, a record in data since 2011.