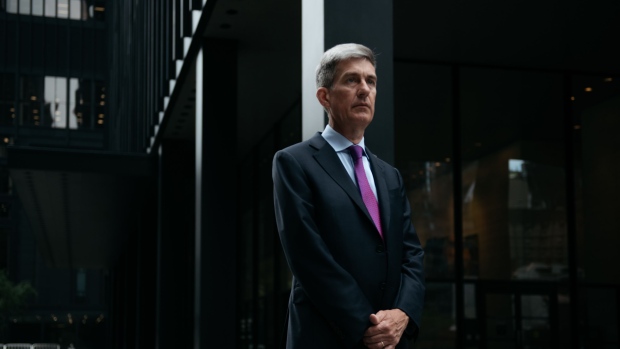 Bobby Le Blanc, president of Onex Corp., in the financial district of Toronto, Ontario, Canada, on Tuesday, Aug. 17, 2021. Le Blanc said that the boom in blank-check companies was not sustainable and many will end up returning the money to investors. , Bloomberg

Onex will likely close fundraising for its sixth private equity vehicle in the first half of next year, he said. The effort started earlier this year. A previous fund closed in seven months.

After gathering record sums in recent years, the industry is now facing headwinds driven in part by soaring inflation, rising interest rates and geopolitical risks. Another challenge: Many institutional investors are over-allocated to the asset class. All of that has led some firms to offer sales incentives to win clients.

While Onex plans to exit some investments in the second quarter, the new deal pipeline will likely be slower given concerns about valuations, he said.

“When you have near-term volatility like we’ve seen since the beginning of the year, people who were sellers had price expectations in their minds in December,” he said. But “bidders may not be willing to pay today what they were willing to pay” then, he added.

Onex plans to launch a new platform focused on investing in transportation-related assets later this year. The firm hired a former senior executive from aircraft leasing firm BBAM to lead the strategy.

The investment firm also has more than a dozen equity investments in the industrials sector. They include Canada’s WestJet Airlines Ltd., which earlier this year agreed to buy low-cost rival Sunwing Airlines and Sunwing Vacations tour operations.