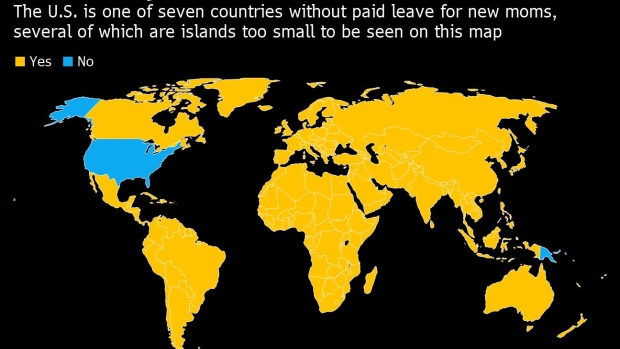 (Bloomberg) -- You can count the number of countries without paid maternity leave on two hands.

If Democrats abandon plans to include paid family leave in President Joe Biden’s economic plan, the U.S. will remain one of only seven countries in the world that doesn’t provide paid leave for new moms.

The other countries are the Marshall Islands, the Federated States of Micronesia, Nauru, Palau, Papua New Guinea and Tonga, according to data from the World Policy Analysis Center at the University of California, Los Angeles.

At one point, Congress proposed providing workers with as much as 12 weeks of paid family leave, before reducing the benefit to four weeks. The U.S. would still lag most countries in the world by months.