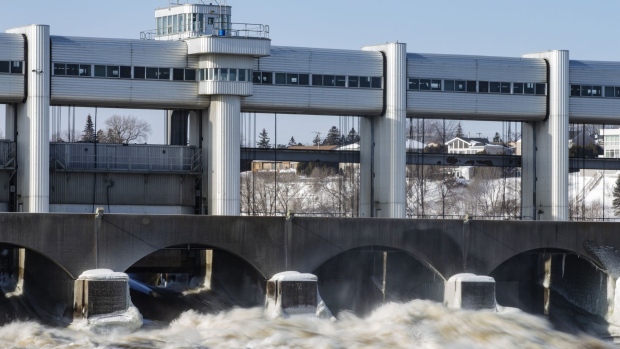 TORONTO -- Ontario has slashed the price of hydro temporarily as many people work from home during the COVID-19 pandemic.

Premier Doug Ford announced the plan, which he called "critical" during a news conference Tuesday, saying all current time-of-use pricing will shift to off-peak rates for the next 45 days.

The change will result in a savings for families of more than $20 per month, he said, while small businesses will save $150 and farms will save more than $300.

"This means you will pay the lowest rate possible 24 hours a day, seven days a week," Ford said. "You won't have to do anything to receive the savings. The new rate will apply to the power you're using today, right at this moment, and for the next six weeks."

The move comes as the province has ratcheted up messaging about social distancing to stop the spread of COVID-19 as he asks people to stay home if they can, and ordering all non-essential businesses to close at midnight Tuesday.

Energy Minister Greg Rickford said the government has been working with the province's energy regulators and local distribution companies to make the change.

"No action is required from electricity consumers," he said. "This change will happen automatically for everyone who is paying time-of-use rates."

Rickford said the government has not ruled out an extension of the change, but will re-assess the situation in mid-May.

The government said that depending on billing cycles, some customers won't see the change reflected until their next electricity bill. Anyone whose billing cycle ended before the change will receive the reduced rate as a credit on a future bill.

The change is expected to affect about five million residential ratepayers, farms and small businesses that use time-of use pricing.

The province said it will also continue to subsidize the cost of hydro at a 32 per cent rebate that is currently applied to consumers' bills.

The Canadian Federation of Independent Business lauded the government for making the move, but wants further action when the closure order for non-essential businesses ends.

"We urge the government to consider extending the 45-day deadline of this relief to avoid businesses that are starting back up after COVID-19 facing peak summer rates when the economy is just getting going again," the federation said.