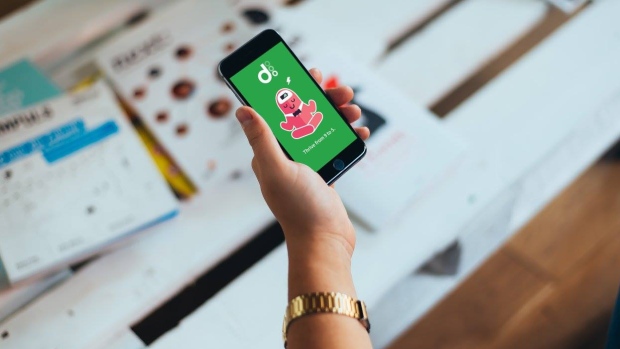 "Our top priority is making it a delightful experience ... but also, revamping the economic model to make it completely sustainable forever" said Jane Wang, CEO and co-founder of Optimity, a company that provides corporate wellness solutions through a digital platform.

Toronto-based Optimity bought Carrot Rewards last month, she said, and the company is still sorting through the assets. Financial terms were not disclosed.

It first launched in B.C. in March 2016 with the province investing $2.5 million and the federal government contributing $5 million. The user base grew to about 1.1 million people across B.C., Ontario, Newfoundland and Labrador, and the Northwest Territories, but funding ran dry and Carrot Rewards shuttered in June 2019.

"Just like so many other young start-up ventures, our beautiful Carrot needed investment funding to keep running — and, even though we gave it our all, our funds eventually ran out and we could no longer be in business," wrote the founder in a note on the website, according to an archived version of the site.

Optimity, however, believes it can make the app work.

The company already teased a relaunch via the program's social media channels. On Christmas Eve, the app's Twitter account tweeted for the first time since June 2019, when it shut down. The tweet contained only a picture of a sign: a neon, lit up carrot and the words "stay tuned."

People can sign up to join a waitlist on the reward's website. More than 45,000 people registered as of Monday afternoon.

Many of these people joined a beta list, said Wang, and Optimity is conducting research to see how to best build Carrot Rewards into a sustainable program.

The company is in talks with a number of rewards-program operators to find partners, she said. Though Wang declined to name any, she called some "the usual suspects" while others will be different from before.

Andreas Souvaliotis, who founded the app in collaboration with the federal government, said "it will be a Herculean effort to relaunch." Though, he said he absolutely believes it's possible for the app to succeed and is cheering the new team on from the sidelines.

The loss of the Ontario Ministry of Health as a client presented the biggest operational problem, he said. Provincial health ministries made up the company's anchor clients, he said, but the former Ontario Liberal government stopped participating within a few months of signing up.

The program also required a complex web of points providers to purchase loyalty points from and such deals take a long time to sign, he said. Carrot Rewards also needed a number of significant government clients willing to pay for those points so app users could earn them for free by leading healthy lives.

The new owners face the additional challenge of convincing point providers the revamped version will be viable, he said, and convincing governments that it's unlikely to go bankrupt again.

"I suspect they'll have a very, very long build ahead of them," said Souvaliotis, who recently penned a book on the startup's demise. "Carrot Juice" should be released in the second quarter of this year.

Wang said she thinks Optimity will use a different funding model for Carrot Rewards, but encourages anyone interested in supporting the venture to reach out.

When the new version of Carrot Rewards will launch is "kind of the million-dollar question," said Wang, admitting the company doesn't know an exact date yet, but has a timeline in mind and plans to make more information available later this month.

By the time it shut down, Carrot Rewards operated in three provinces and one territory.

Optimity sees an opportunity for global expansion. The company already operates in the U.S., so Wang sees going south of the border a natural move. But Wang is also looking at parts of Asia.

"It's very natural for us to go international."