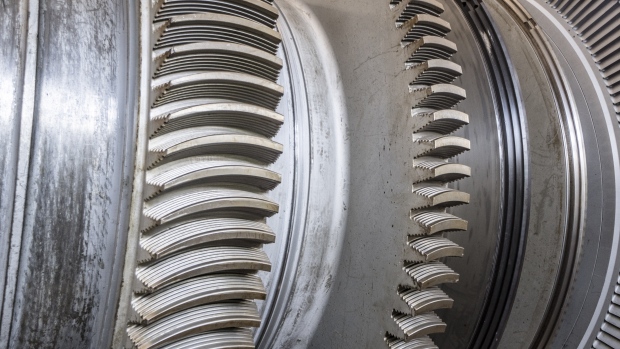 A steel knurled turbine shaft sits on the factory floor during manufacture at the Turboatom OJSC plant in Kharkiv, Ukraine, on Friday, June 22, 2018. , Bloomberg

Canada’s federal government concedes that a Royal Dutch Shell Plc-led group can’t source the steel needed to construct a $40 billion liquefied natural gas facility in British Columbia domestically, opening the way for it to be exempted from tariffs, according to the Globe and Mail.

Prime Minister Justin Trudeau’s administration has told LNG Canada it agrees the project will need to be built from imported steel modules, the newspaper reported, citing unnamed sources. The group has filed a request with the finance ministry for a “duty remission” that would exempt it from duties on imported steel modules that could add $1 billion to construction costs, it said.

The government is first waiting for a tariff ruling from the Federal Court of Appeal on the matter. The Globe and Mail cited two unnamed sources as saying the governing Liberals are optimistic the group will decide to move ahead with the project by the end of the year.