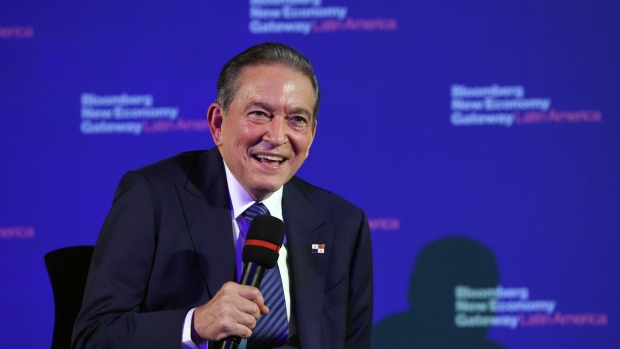 The nation’s legislative assembly passed the bill last month, which would make it easier for cryptocurrency exchanges to obtain licenses to operate in the country, and regulates transactions in digital currencies.

But the bill requires the president’s signature to become law, and Cortizo said he needs guarantees that it complies with global anti-money laundering standards.

“If I’m going to answer you right now with the information that I have, which is not enough, I will not sign that law,” Cortizo said, speaking at the Bloomberg New Economy Gateway Latin America conference in Panama City. “I have to be very careful if the law has clauses related to money laundering activities. Anti-money laundering activities are very important to us.”

The global money laundering and terrorist financing watchdog called the Financial Action Task Force has Panama on its list of “jurisdictions with strategic deficiencies” in combating money laundering. Cortizo’s administration has pledged to implement the task force’s recommendations and toughen controls on dirty money.

The nation’s dollarized economy and well-developed financial services sector makes it a tempting target for drug trafficking organizations in neighboring countries such as Colombia and Mexico seeking to launder their profits.

The bill would also allow the government to migrate public records to blockchain technology. Proponents have said the bill will help turn Panama into a digital hub in Latin America and attract investments from financial technology companies.

The bill has been sent to the executive branch and Cortizo must decide whether to sign it or veto it partially or entirely.

Cortizo said he could sanction some parts of the law while vetoing others. His lawyers are reviewing the bill and will make a recommendation to him on what to do.

“It is an innovative law from what I have heard, it’s a good law,” he said. “However, we do have a solid financial system here in Panama and one of the things I’m waiting on is when you have a global regulation of crypto-assets.”