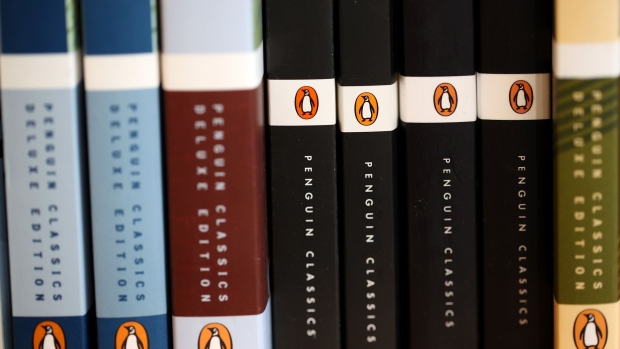 “Penguin and Simon & Schuster compete today,” DOJ lawyer John Read said in closing arguments to the agency’s federal lawsuit in Washington to block the deal. “The merger will end that competition.” He added, “We brought this case because the best protection for authors is robust competition.”

But Daniel Petrocelli, a lawyer for Penguin Random House and its parent Bertelsmann SE, said the government misunderstands the market and dismisses the value of smaller publishers such as WW Norton & Co Inc. and The Walt Disney Co.

“The only reason we are here is the government has created an artificial market with artificial concentration and artificial harm,” Petrocelli said.

The five biggest book publishers -- Penguin, Simon & Schuster, Harpercollins Publishers LLC, Hachette Book Group Inc. and Macmillan Publishers Inc., frequently called the Big Five -- account for 90% of anticipated top-selling books and those where author receive advance payments for their work, DOJ’s Read said. A combined Penguin and Simon & Schuster would control about 49% of that market and would likely reduce author payouts by 4% to 11%, he said. The DOJ’s economic expert testified that would cut writer advances by $100,000 on average.

That high market share makes the deal illegal under US antitrust law unless the defense shows evidence to demonstrate new firms are likely to enter the market or the deal’s cost-savings outweigh the potential harm, Read said. In the past 30 years, no publisher has entered the market and become as strong as the Big Five, including Amazon.com Inc., which now publishes books itself in addition to selling them, he said.

While Penguin promised that Simon & Schuster’s imprints can still bid against Penguin’s divisions after the merger, Read said that pledge is unenforceable and could be revoked at any time.

But Penguin’s Petrocelli said the majority of books, about 60%, are sold to publishers through bilateral negotiations with an author’s agent, not the auctions the DOJ has focused on in its case. When auctions are held, agents determine which of a publisher’s imprints are invited to participate, he said.

Stephen Fishbein, a lawyer for Simon & Schuster and its parent ViacomCBS, recently rebranded as Paramount Global, said the other three Big Five publishers were “ready to pounce” on any openings created by a combined Penguin and Simon & Schuster. Smaller publishers like Amazon, Disney and Scholastic Corp. are also poised to compete.

US District Judge Florence Y. Pan, who is hearing the case without a jury, threw out a key part of Penguin’s defense that the merger would lead to cost-savings.

Penguin had argued that so-called efficiencies could translate into more than $100 million in additional author compensation by 2025. But after hearing testimony from company executives and a defense economist, Pan ruled Thursday that the data underlying those calculations was unverified and out-of-date.

Pan is expected to issue a decision on whether to block the deal in the coming months.