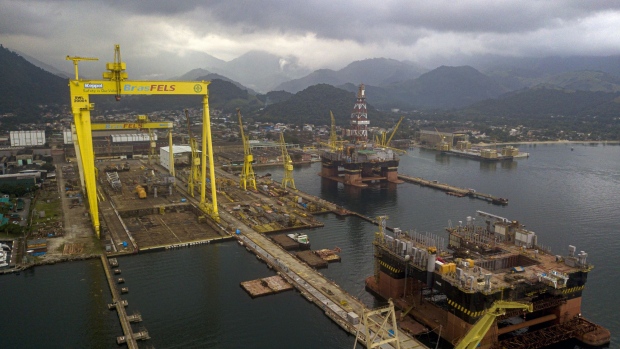 (Bloomberg) -- Petrobras wrapped up 2020 with record oil production just as most of its peers reeled from the worst crude-market crash in history.

In a year that brought the U.S. shale industry to its knees, the Brazilian state-run giant pumped an all-time-high 2.3 million barrels a day of crude, according to a statement Thursday. That’s about the same as OPEC member Kuwait.

Operating some of the largest offshore oil finds this century, the Rio de Janeiro-based explorer is reaping the results of a five-year plan to develop fields that rival Saudi Arabia’s in low-cost production.

Also See: Brazil Is a Lone Bright Spot for Oil Demand Outside of Asia

Most of the crude is coming from the so-called pre-salt fields underneath the Atlantic seabed off Rio’s coast, which the company -- formally called Petroleo Brasileiro SA -- has been ramping up for years.