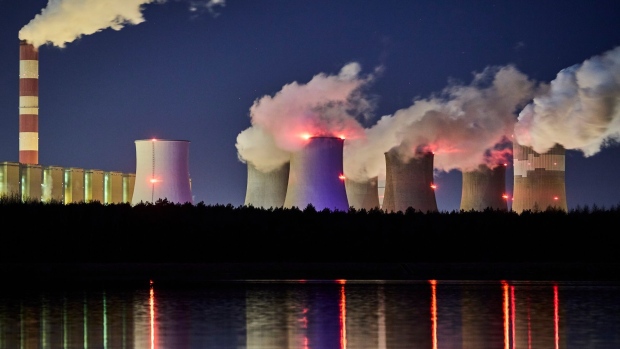 (Bloomberg) -- Poland signaled that it wants to use coal to produce electricity after 2049 to bolster its energy security, underscoring the challenge the European Union faces in its goal of achieving climate neutrality by mid-century.

The nation wants coal-fired power plants to be an “additional stabilizer” of its energy system, Deputy Prime Minister Jacek Sasin said during a meeting with miners in the southern city of Katowice on Monday, Poland’s PAP newswire reported.

Poland along with the rest of the EU is seeking to bolster its energy security after Russia’s invasion of Ukraine. Russia is the bloc’s primary supplier of natural gas -- often seen as a bridge in the transition from fossil fuels to green energy. The conflict has upended energy markets and caused a rethink of policies.

Sasin’s comments mark a change plans by the conservative government. Two years ago, it reached an historic agreement with mining unions to close the last thermal coal mine in 2049.

He also said a plan to place Poland’s coal-fired power plants under the guidance of a state entity -- so that utilities can focus on shifting to renewables -- may need to be revised, after the spike in gas prices.

The EU last year put forward a massive package to overhaul its energy and climate policies to reach a stricter 2030 emissions-reduction target and become the world’s first net-zero emissions continent by 2050. The draft laws need approval by member states and the European Parliament to enter into force.