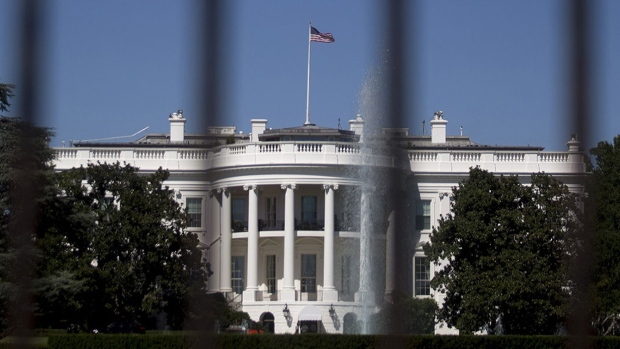 The south side of the White House stands past a fence in Washington, D.C. , Photographer: Andrew Harrer/Bloomberg

Despite that change, the ETF has failed to win over investors and hasn’t seen an inflow since May. It currently has about US$18 million in assets, data compiled by Bloomberg show. While politics are increasingly moving markets, the connotations are still negative for many clients, according to Ben Phillips, chief investment officer of EventShares, who says the new moniker could give the fund a better shot.

“We realized that people still have a difficult time disconnecting politics from policy,” he said in a phone interview. “Politics is a lot of noise and debate but rarely does it result in policy change.”

PLCY has returned almost 16 per cent this year, beating the Russell 2000 Index by 1.4 per cent on a total return basis. The fund, which is actively managed, invests in companies affected by government policy on taxes, trade, defense, health care, education, border security and the environment, according to marketing materials. However, the fund has avoided trying to profit from the ongoing tariff tensions between the U.S. and China “because of the lack of clarity,” Phillips said. 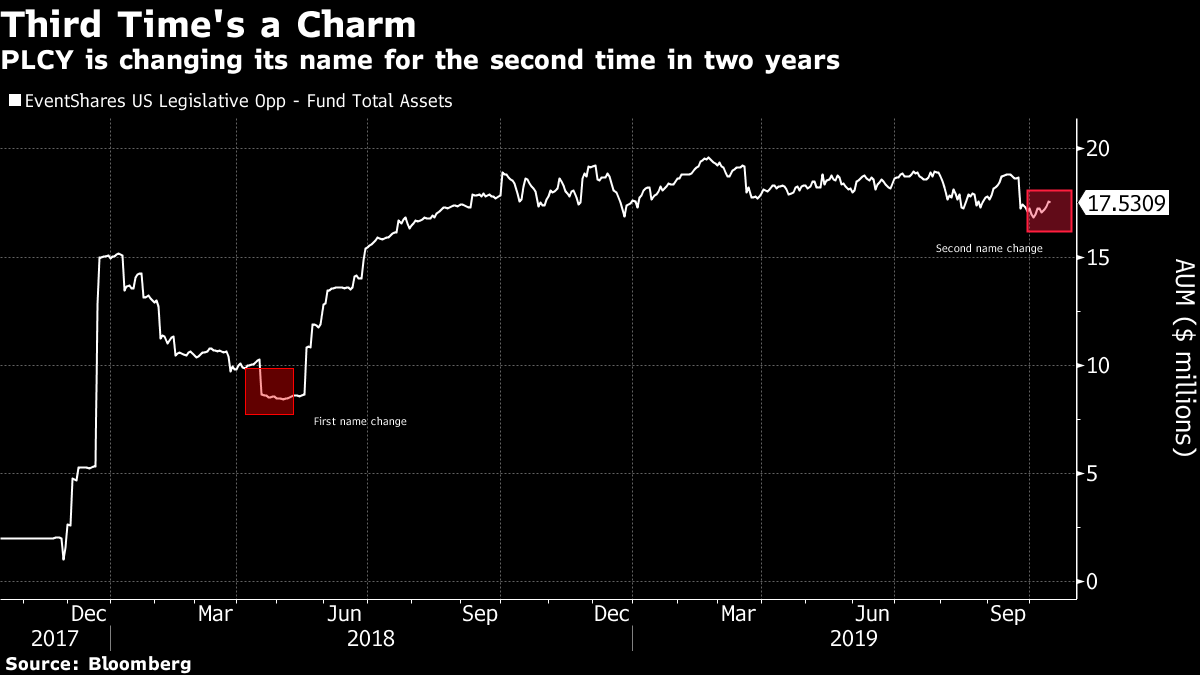 The fund currently has about 12 per cent of its assets exposed to health care and 11 per cent in defense, reflecting Republican priorities. That would likely change if Democrats take the White House next year, with the fund adding more clean-energy stocks, said Phillips. Health care is already among the worst performing industries this year as investors contemplate how victory for the Democrats could bolster government-backed medical plans and hurt insurers.

The fund originally began trading as part of a trio of politically labeled ETFs in October 2017. The EventShares Republican Policies Fund, which traded under the GOP ticker, and the Democratic Policies Fund, known as DEMS, shuttered last year after gathering less than US$5 million in combined assets.

Confusion around partisanship contributed to their demise, Phillips said at the time, as investors could not shake the political taint.

It’s extremely rare for an ETF to change names multiple times within such a short history, according to Todd Rosenbluth, director of ETF research at CFRA Research. But to sweeten the deal, the issuer has also lowered PLCY’s management fee to US$7.50 for every US$1,000 invested, down from US$8.60.

With the 2020 U.S. presidential election approaching, investors may become more interested as domestic news starts to dominate the conversation more than international headlines on trade and tariffs, Rosenbluth said.

Still “stocks individually will trade based on legislation and broader government policies, but investors to date have not sought out a product that only does that,” he said.