It was a classic case of over-promising and under-delivering.

Aurora Cannabis Inc., the second-largest cannabis company by market value, missed its own revenue target and reported a loss last week despite an earlier promise that it would be profitable by the quarter ended June 30. The result sent its shares down the most since December.

It’s further confirmation that investors are getting fed up with money-losing pot companies. Weaker-than-expected quarterly results from some of the biggest names in cannabis have contributed to the recent slump in stocks, with the BI Global Cannabis Competitive Peers index down about 40 per cent from its 2019 high on March 21.

The decline has been lucrative for one group, at least: short sellers. Positions in the 20 most-shorted pot stocks have made US$1.17 billion so far in the third quarter, according to an analysis by S3 Partners. That’s a dramatic turnaround from the first quarter, when they posted $1.78 billion in mark-to-market losses as share prices rose. 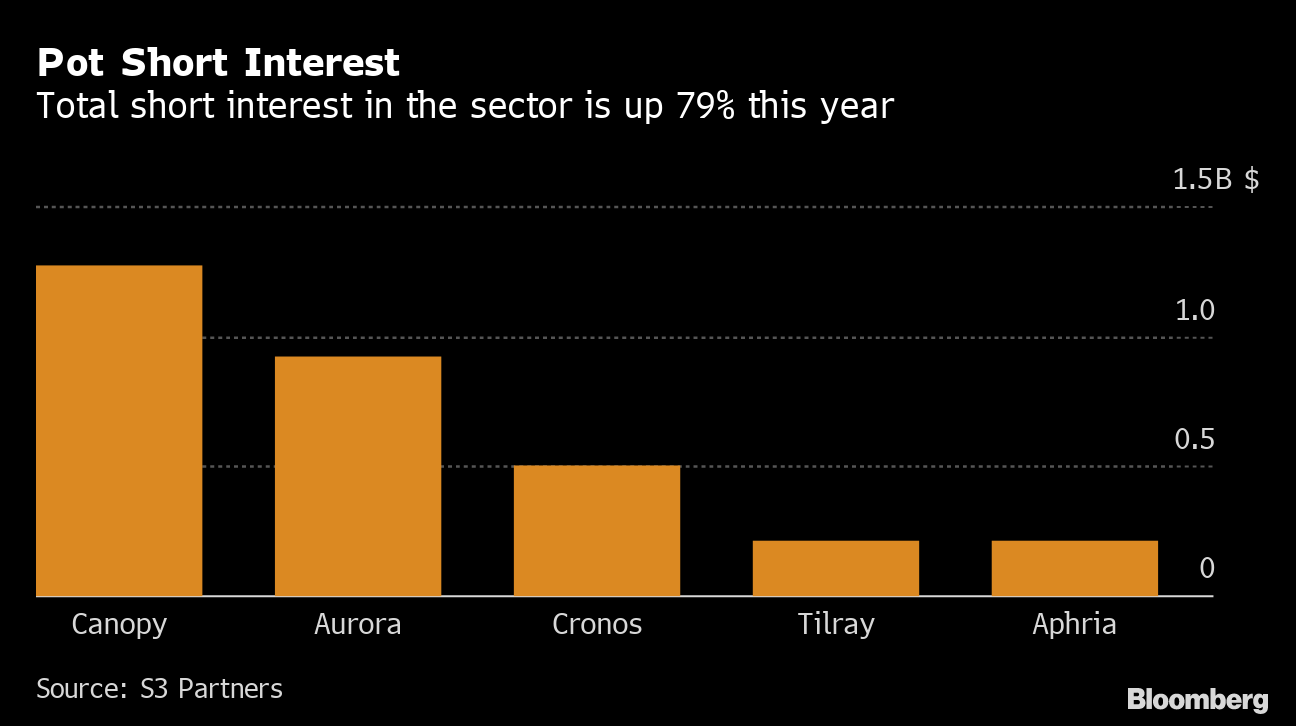 Total short interest in the sector is up US$2.2 billion or 79 per cent so far in 2019. S3 pointed to Aurora as one of the top candidates for a short squeeze if the stock begins to rally.

Negative earnings aside, a rally may already be underway. The health-care sector is the best performer on Canada’s S&P/TSX Composite Index in September, with pot companies -- including Aurora -- making up four of the top five stocks on the health-care gauge.

This is likely to continue as long as the underlying market keeps moving higher, according to a recent analysis by Eight Capital. Technical analyst Tina Normann found that the beta of cannabis stocks has recently spiked to around 2.0 from a range of 1.4 to 1.6, meaning they’re likely to post outsized moves in whatever direction the market is heading.

“As such, greater stability in the overall equity market, combined with sector-specific catalysts across the Canadian, U.S. and CBD markets, offer the potential for the cannabis sector to achieve outsized returns relative to other equities for the remainder of the calendar year,” she wrote.

Aurora said last month that it expected to report net revenue of $100 million to $107 million for its fiscal fourth quarter, and added it “continues to track toward positive adjusted Ebitda,” or earnings before interest, taxes, depreciation and amortization. That was already a slight climb-down from guidance provided in January, when it said it would achieve “sustained positive Ebitda” beginning in the quarter.

Instead, Aurora reported revenue of $98.9 million and an adjusted Ebitda loss of $11.7 million. And year-end accounting corrections made the loss look smaller than it actually was, according to GMP analyst Ryan Macdonell, who estimated that it would have been $27 million without the adjustment. 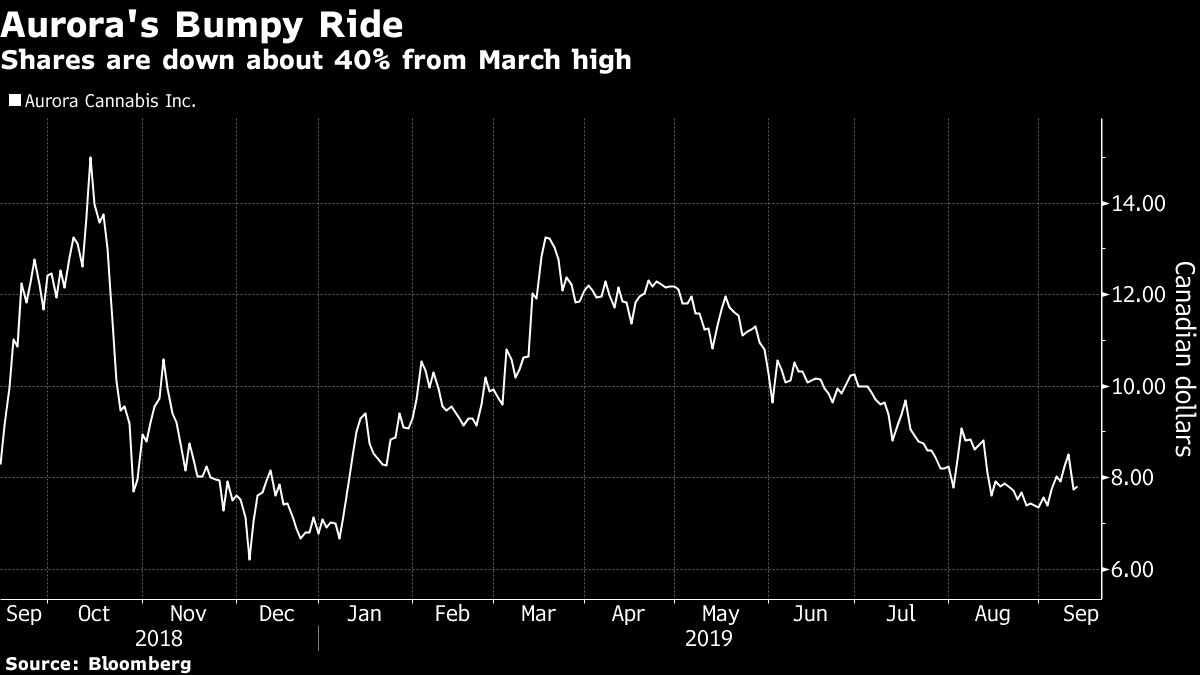 “Can we say exactly when we expect to make that transition? No, and part of it will depend on some external variables,” Battley said in a phone interview after the company reported results. “The opening up of retail stores in Canada, Ontario being key there, that’s one of the critical factors, and of course the opening up of international markets.”

The report wasn’t all negative. Quarterly revenue was the largest ever reported for a pot company, and net cannabis revenue of $94.6 million was at the high end of Aurora’s guided range. It also sold 94 per cent more pot than in the previous quarter.

“This is good news for the entire sector. It shows the demand is there across multiple channels,” Battley said. “Any cannabis company in the world would be very glad to deliver this earnings report.”

Several analysts have pushed out their expectations for when Aurora will reach positive adjusted Ebitda. BMO’s Tamy Chen now expects the company to report an Ebitda loss of $81 million for fiscal 2020, down from an earlier forecast of positive Ebitda of $33 million, while Eight Capital’s Graeme Kreindler doesn’t expect positive Ebitda until the fourth quarter of fiscal 2020.

Chen also expressed concern about Aurora’s liquidity position, saying it will require at least an additional C$200 million of capital in fiscal 2020, as well as a refinancing of approximately $200 million of out-of-the-money convertibles that are due in March.