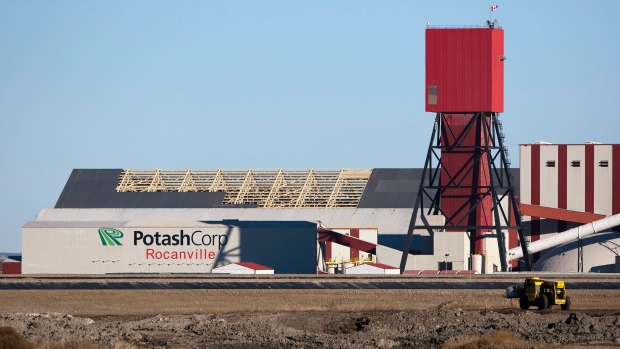 The exterior of the Potash Corp. Rocanville potash plant , The Canadian Press

SASKATOON -- Potash Corp. of Saskatchewan Inc. says it earned $53 million in its latest quarter, down from $81 million a year ago, as it works to close its merger with Agrium Inc.

Chief executive Jochen Tilk says the company has obtained regulatory approvals in four jurisdictions with only the U.S. and China remaining.

Tilk says the company still expects to close the deal by the end of the year.

The company says the profit amounted to six cents per diluted share for the quarter ended Sept. 30 compared with a profit of 10 cents per share a year ago.

The combined company, to be named Nutrien, will have its official head office in Saskatoon while keeping a corporate office in Agrium's home city of Calgary.