Bank of England to Step Up Talks on Negative Rates

The pound fell and U.K. government bonds reversed losses after the Bank of England said that it discussed the effectiveness of negative interest rates.

Sterling underperformed most of its Group-of-10 currency peers after the BOE said that it had been briefed on how to use negative rates effectively and that it would engage with regulators on how to implement them. The pound dropped as much as 0.7 per cent to US$1.2883.

Two-year bond yields, those most sensitive to rate-cut speculation, fell, and money market traders brought forward bets of a 10-basis-point cut to interest rates to May from June earlier on Thursday, and see as much as 20 basis points by November 2021.

“Negative rates are the nuclear option,” said Valentin Marinov, head of foreign exchange research and strategy at Credit Agricole SA. “It could ultimately push the pound into uncharted territory of losing whatever is left of its rate advantage.”

Sterling has tumbled from its year-to-date high near US$1.35 touched at the start of the month with traders growing increasingly worried that the U.K. will not be able to strike a trade deal with the European Union by the year-end deadline. Gilts, seen as a haven, have stayed supported by the uncertainty and the prospect of more bond-buying by the BOE. 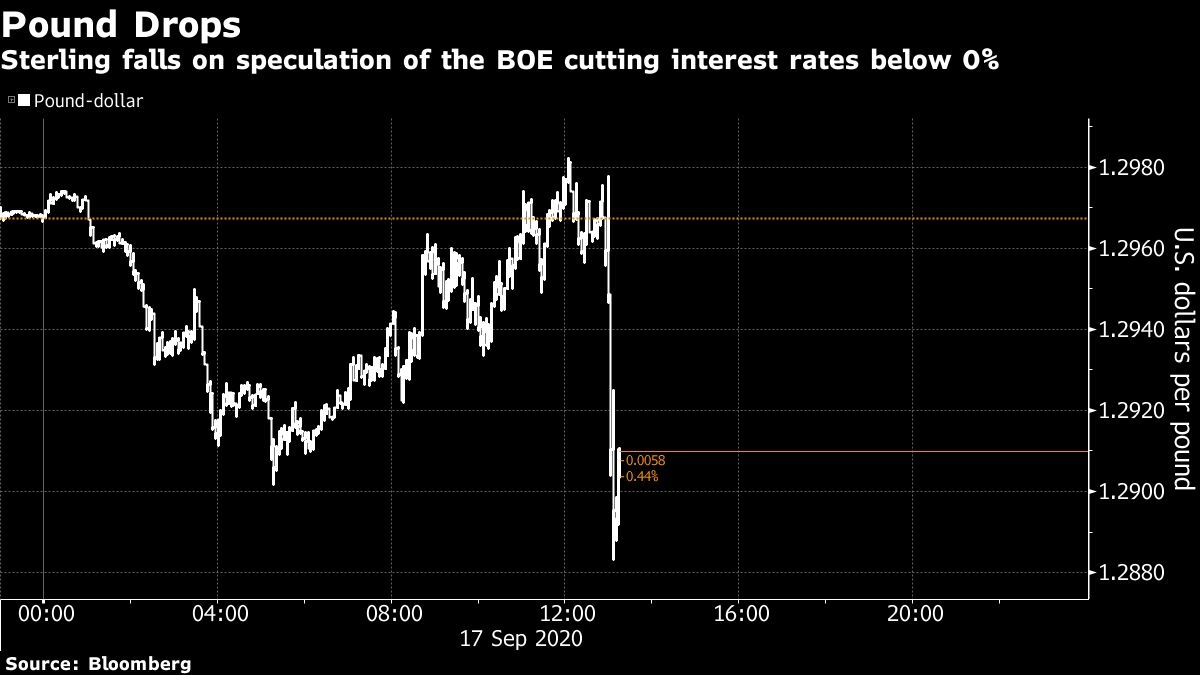