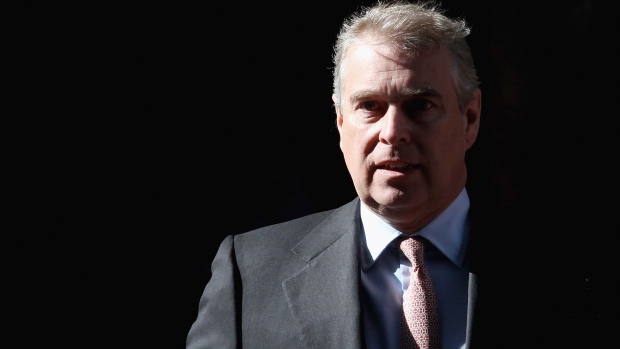 (Bloomberg) -- Prince Andrew said a New York law that gave victims of child sex abuse more time to sue is unconstitutional and can’t be used to allow the claims by an alleged former recruit of Jeffrey Epstein to take the British Royal to trial.

Virginia Giuffre sued the prince in August, claiming he sexually abused her on several occasions when she was 17, including at Epstein’s New York home and in the London home of Ghislaine Maxwell, the British socialite who is on trial for sex-trafficking children. Epstein killed himself while in jail.

Giuffre sued five days before New York’s Child Victims Act expired. The law allowed victims of child sexual abuse to sue until the age of 55, as opposed to the standard statute of limitations that gave them one to five years to sue.

But in a court filing Monday, urging a judge to throw out Giuffre’s lawsuit, Andrew argued the law is vague because it allows those who were under 18 years of age when they were abused to rely on it, even though the age of consent in New York is 17.

“The issue of consent is unsettled with regard to those -- like Giuffre -- who were between the ages of 17 and 18,” Andrew said in the filing.

While Giuffre claims she didn’t consent to sex with Andrew, the prince said that claim can’t be verified.

“The only witnesses to the purported implied threats under which Giuffre allegedly engaged in unconsented sex acts with Prince Andrew are Epstein (deceased), Maxwell (incarcerated), Prince Andrew (the accused) and Giuffre herself,” Andrew’s lawyers said in the filing.