Airbus SE increased its stake in the A220 jetliner to 75 per cent, consolidating control of the narrow-body model as debt-laden Bombardier Inc. exits the program to preserve cash.

Airbus, which previously held about 50 per cent of the venture, will pay US$591 million to the Canadian firm. The government of Quebec lifted its share to 25 per cent, the companies said Thursday.

The transaction expands Airbus’s bet on a 100- to 150-seat plane that complements its A320-series workhorse in the fast-growing single-aisle market. The company said it will accelerate production of both jets as Boeing Co.’s rival 737 Max remains grounded after two fatal crashes.

For Montreal-based Bombardier, the deal closes the book on more than $6 billion of investment that was meant to challenge the two top planemakers but instead left it saddled with debt that has forced the company into a breakup.

“This is good news for our customers and employees as well as for the Quebec and Canadian aerospace industry,” Airbus Chief Executive Officer Guillaume Faury said. Bombardier has been released from future capital requirements while safeguarding 3,300 jobs in Quebec, according to the statement.

The A220 offers Airbus scope for expansion in a single-aisle plane market where its own A320 is sold out for years to come, and Boeing Max is set to stay idle until the middle of the year at least.

The A220 secured 63 orders in 2019 on a net basis, with 48 aircraft handed over to customers. Deliveries will increase to about 55 this year, Faury said on a call with analysts. Airbus is also taking steps to lift output of the A320 to as many as 67 planes a month by 2023.

Shares of Airbus fell 2.6 per cent before trading little changed as of 9:19 a.m. in Paris after the company separately announced full-year earnings that were blighted by one-time charges.

Bombardier is staring down some US$9 billion in debt maturing over the next decade, with that debt load looming large over all business decisions. For more on this, BNN Bloomberg spoke with Karl Moore, professor of business strategy at McGill University.

-Airbus slumped to a net loss after a 3.6 billion-euro penalty for a bribery settlement and a 1.2 billion-euro hit against lower export prospects for the A400M airlifter.
-The corruption settlement will hurt cash flow this year, as will the A400M, says Jefferies analyst Sandy Morris.
-Company needs to maximize “financial firepower” until full repercussions of Max crisis aree known: Morris.
-Airbus is close to securing an A220 sale to Nigeria’s Green Africa Airways in what would be a coup for the model after the startup originally ordered the Boeing Max, the Wall Street Journal reported, without saying where it got the information.
-Originally named the CSeries, the A220 won praise for fuel-efficient engines, composite wings and an airy cabin featuring large windows. But the plane ran more than two years late and about US$2 billion over budget, and had trouble attracting buyers in an industry dominated for decades by Airbus and Boeing.

The situation came to a head in 2017 after U.S. President Donald Trump’s administration imposed tariffs of about 300 per cent on the CSeries following claims from Boeing that Bombardier had benefited from illegal state aid.

While those duties were struck down by a U.S. trade panel, Airbus intervened with a plan to acquire a 50.01% stake in the program through a cash-free deal. The European group also plans to build the plane at its own plant in Alabama.

Though the deal closed in 2018, Bombardier continued to struggle with its debt pile, and said last month that it was looking at quitting the A220 altogether as a production ramp-up increased cash requirements. It injected US$575 million in 2018 and 2019 and had committed US$350 million for this year.

Following its exit, Bombardier has already received $531 million, with US$60 million to be paid through 2021. The agreement cancels Bombardier warrants owned by Airbus, which will also take over work packages for the A220 and the larger A330 through its subsidiary Stelia Aerospace, securing 360 jobs.

The completion of Bombardier’s withdrawal advances the breakup of the former conglomerate.

Bombardier's train business may be easiest to sell: Andrew Willis

There’s a lot going on behind the scenes at Bombardier lately. The Montreal manufacturer is reportedly in talks to sell either its plane or train businesses to pay down debt. Andrew Willis, business columnist at The Globe and Mail joins BNN Bloomberg to discuss.

The company sold its turboprop-plane business to Longview Aviation Capital Corp. for $300 million in a deal completed last year, while Mitsubishi Heavy Industries Ltd. agreed to buy the CRJ regional jet arm for $550 million in June and Spirit AeroSystems Holdings Inc. announced the $500 million purchase of an A220 wing plant in Belfast, Northern Ireland, in October.

Bombardier is also exploring a combination of its rail business with French rival Alstom SA, Bloomberg News reported Jan. 22. Such a deal would have an enterprise value of $5 billion to $6 billion, according to Bloomberg Intelligence.

At the same time, the embattled manufacturer is mulling the disposal of its corporate-jet operation, the sole remaining aviation business, to Textron Inc., maker of Cessna planes, the Wall Street Journal has said. That could fetch $4 billion to $5 billion, though both business may not be sold.

Bombardier’s debt burden is steep, rising to US$14.8 billion from US$10 billion when items including pension liabilities and operating leases are taken into account, according to a December report from S&P Global Ratings.

The stock plunged last month on concern about dwindling cash reserves and the demand from Airbus to pour money money into the A220. The shares closed at $1.57 Wednesday. Bombardier is scheduled to report earnings later Thursday.

Quebec Premier Francois Legault said as recently as last month that additional money for the A220 was “out of the question.” The province, which has backed Bombardier for years to preserve jobs, initially invested $1 billion for a 50 per cent stake in the former CSeries. It will now own 25 per cent, up from 16 per cent.

--With assistance from Christopher Jasper and David Scanlan. 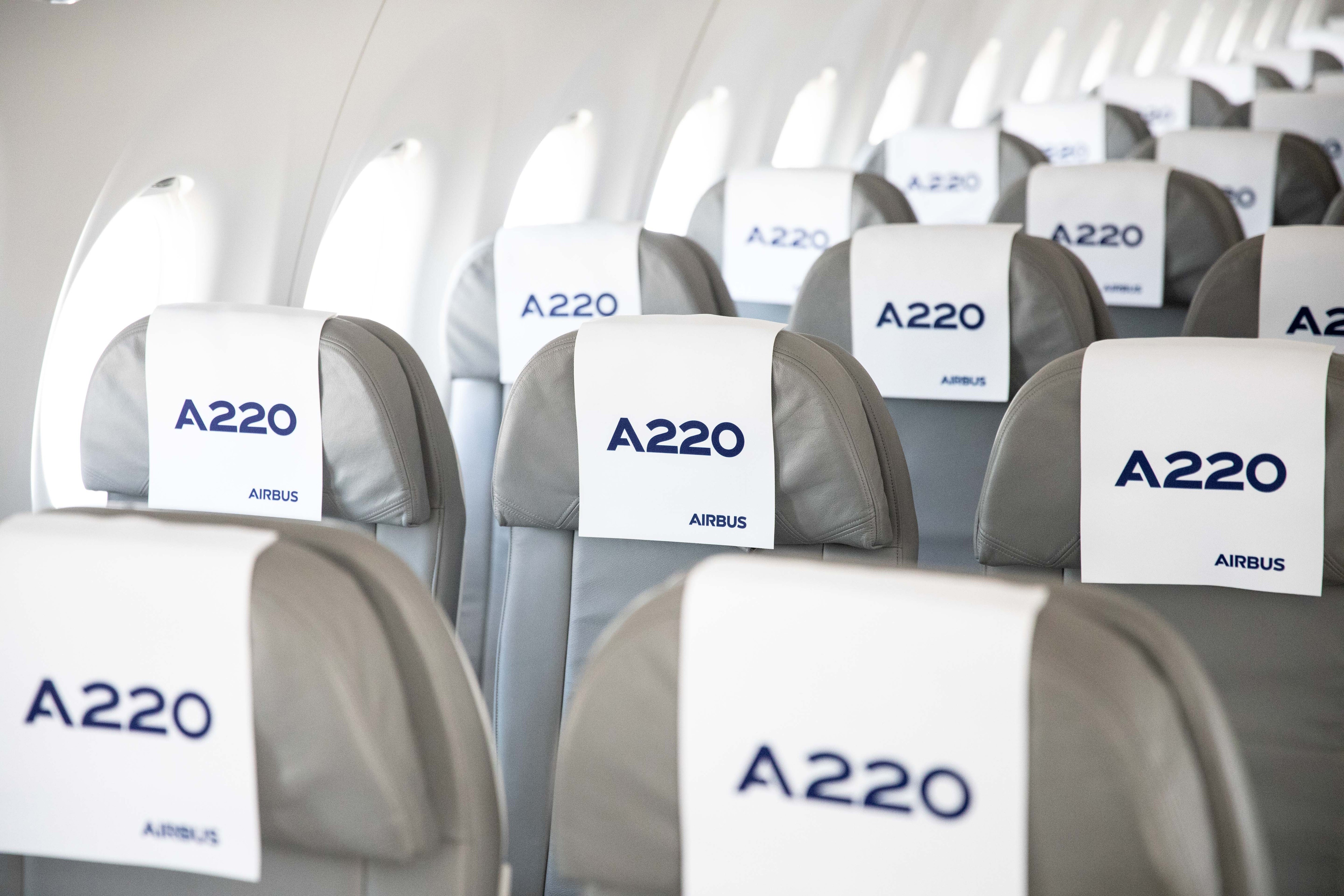