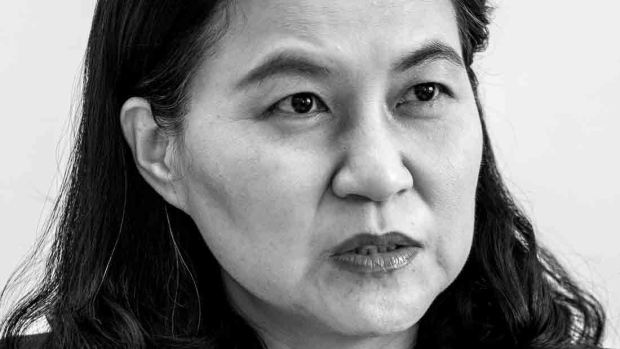 (Bloomberg) -- The race is on lead the World Trade Organization out of the worst crisis of its 25-year existence.

In the coming months delegates from the WTO’s 164 members will select from a roster of eight candidates to become the seventh director-general of the Geneva-based trade body. The window for nominations closed Wednesday.

The current chief, Roberto Azevedo, is stepping down on Aug. 31 -- a year before his second four-year term expires. His successor will have a number of formidable tasks.

Priorities for the WTO’s next leader will be rebuilding the trust and credibility of the organization, rebooting its deadlocked negotiating agenda and restoring its paralyzed dispute-settlement system.

All that against the backdrop of a pandemic, a worldwide recession, the U.S.-China battle for trade supremacy and an American election season where the WTO is a lightning rod for grievances about the fairness of global commerce. Brexit at year-end threatens to add instability about the economic relationship between the U.K. and the European Union.

Here’s a look at who’s in the running to lead the WTO at a juncture when there couldn’t be more at stake. Bloomberg reached out to all the candidates for comments and most responded, in addition to discussing their chances with multiple WTO delegates.

He’s seeking to become the WTO’s first director-general from an Arab nation.

Pros: Al-Tuwaijri led Saudi Arabia’s economic development agenda as its minister of economy and planning from 2016 to 2020. Al-Tuwaijri is a former banker who previously worked at HSBC and JPMorgan.

Cons: Al-Tuwaijri’s candidacy may struggle to overcome opposition stemming from Saudi Arabia’s political spat with Canada, its intervention in Yemen’s civil war and its ongoing economic blockade with neighboring Qatar.

He’s seeking to be the third European to serve as WTO director-general.

Pros: The 58-year-old Scotsman led Britain’s effort to reestablish its independent seat at the WTO during his three-year term as U.K. secretary of state for international trade. A pro-Brexit member of the British Conservative party, Fox has sought to portray himself as a defender of the multilateral trading system.

Cons: Fox will fight an uphill battle trying to convince Europe’s capitals to back a candidate who campaigned for Britain’s exit from the EU. He may also face Chinese resistance due to his criticism of Beijing’s handling of the Covid-19 pandemic.

Key quote: “Free trade cannot be a free for all. The alternative to the rules-based system I support is a return to the deals-based system where the strongest called the shots and the others scrambled for what they could get. That is why we created the WTO.”

She’s seeking to be the first woman to lead the WTO and its first director-general from Africa.

Pros: The 66-year-old Nigerian served two stints as her country’s finance minister and one term as foreign affairs minister. She has experience working at an international governance body as a former managing director of the World Bank. Her finance background could be an asset as the WTO grapples with the widespread deployment of government subsidies to combat the Covid-19 pandemic.

Cons: Okonjo-Iweala has never been a trade minister.

Key quote: “The WTO needs a fresh pair of eyes. I also think the WTO is looking for someone with the ability to reform, the ability to negotiate; the ability to bring consensus and to build trust. These abilities are the ones that I’ve exhibited throughout my career. I’m known as strong reformer.”

He’s seeking to become the WTO’s first director-general from an Arab country nation.

Pros: The 68-year-old Egyptian possesses the resume of a WTO insider with decades of experience as an international trade lawyer and negotiator. Mamdouh served 24 years as a member of the WTO secretariat and another three years with the WTO’s predecessor -- the General Agreement on Tariffs and Trade. Mamdouh’s experience at the WTO provides him with a thorough understanding of the legal plumbing that supports the international trading system.

Cons: Mamdouh has never held a ministerial position in any government.

Key quote: “Think of the WTO as a car. Would you rather have one of the engineers who helped design and build the car to take it apart, give a diagnostic analysis, identify the problems, think about options for solutions, and put the car back together? Or do you stick to political profile and gender as the guiding criteria?”

She’s seeking to be the first woman to lead the WTO and its first director-general from Africa.

Pros: The 58-year-old Kenyan is well known in the Geneva trade community having served as an ambassador to the WTO and as Kenya’s international trade minister. Mohamed’s experience as the chairwoman of the WTO’s 10th ministerial conference provides her with a leg-up on her competitors if she is to lead the WTO’s 12th ministerial conference as director-general next year.

Cons: As one of three candidates from Africa, she will have to overcome regional infighting in order to align the continent’s votes behind her candidacy.

Key quote: “As a successful chair of all the highest WTO bodies, and as a trade minister, I have shown that I have the political skills to build bridges on difficult issues. I have a strong commitment to using these skills and experience to work with WTO members in reforming and re-energizing the organization so it can truly work for the benefit of all.”

Pros: The 74-year-old Mexican is a veteran trade negotiator who served as his country’s chief negotiator during the creation of the WTO. As a former WTO deputy director-general Seade has an insider’s knowledge of the WTO’s day-to-day operations. Most recently Seade was Mexico’s lead negotiator for the U.S.-Mexico-Canada agreement.

Cons: Seade has never held a ministerial position in any government.

Key quote: “The WTO needs to pick someone who can help put Humpty Dumpty together again. The skills needed are technical because you need people who understand the system. You cannot just be a politician.”

He’s seeking to be the first WTO director-general from Eastern Europe.

Pros: The 37-year-old Moldovan brings a trade delegate’s perspective to the race. Ulianovschi was foreign minister from 2018 to 2019 and previously served as Moldova’s top diplomat in Geneva and permanent representative to the WTO.

Cons: Ulianovschi is the youngest candidate for director-general and has less experience than the other contenders.

Key quote: “I am a person that does not waste time and one that focuses always on achieving concrete results. The future director-general needs to take swift and decisive action with a view to bringing members to the negotiating table, with the goal of focusing on achieving results and score some small but psychologically important wins.”

She’s seeking to be the first woman to lead the WTO and the first director-general from South Korea.

Pros: The 53-year-old South Korean is a bona-fide trade negotiator and minister who has strengthened Korea’s network over the course of her 25-year career. Yoo was the chief negotiator for various free-trade agreements including Korea’s bilateral accords with the U.S., the U.K. and China.

Key quote: “I have both a practical knowledge of the system and the ability to engage politically to facilitate dialogue among members and encourage them to leave deadlocked positions behind and chart a new course forward.”