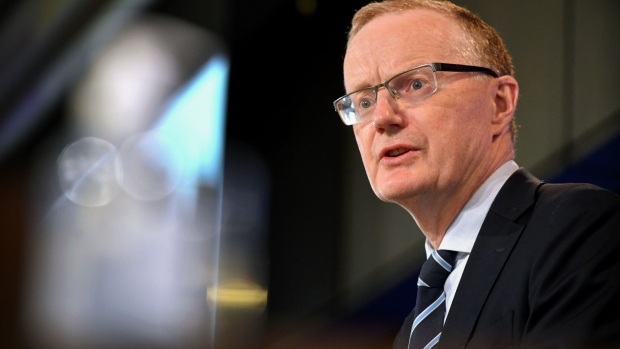 Philip Lowe, the Australian Reserve Bank Governor, delivers a speech at the National Press Club in Canberra, Australia, on Wednesday, Feb. 3, 2021. Lowe praised the country’s quantitative-easing program and warned it would be premature to consider withdrawing monetary stimulus when global peers are extending theirs, and with domestic unemployment and inflation still far from the target. , Bloomberg

(Bloomberg) -- Reserve Bank of Australia Governor Philip Lowe said there was currently no strong need for a central-bank digital currency, but cautiously welcomed the possibility of one being created in the future.

Lowe’s remarks come after Australian Treasurer Josh Frydenberg said the government was weighing plans for such a currency as part of an overhaul of the nation’s payments system.

To date, “we have not seen a strong public policy case to move in this direction,” Lowe said in prepared remarks of a speech at a payments summit Thursday. “It is possible, however, that the public policy case could emerge quite quickly as technology evolves and consumer preferences change.”

Lowe said he could still see advantages in digital payments tokens being backed by the central bank, and welcomed the Treasurer’s announcement on Wednesday.

The governor said the RBA is working through the relevant technical issues, as well as the broader policy implications of any shift to digital tokens. It is planning to work with Australia’s new Digital Finance Cooperative Research Centre, as well as the government.

Speaking on the possibility of the use of cryptocurrencies not backed by the RBA, Lowe said he was “sceptical that we will head in this direction for general purpose payments.”

He also noted that the asset used to settle most transactions will likely remain some form of “secure fiat currency with a stable value, rather than cryptocurrency with a volatile price.”