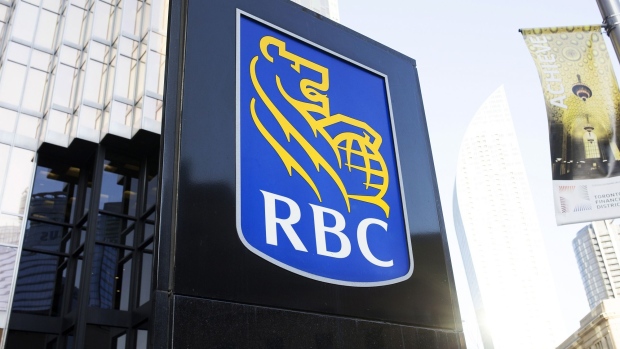 Signage stands outside the Royal Bank of Canada in the financial district of Toronto, Ontario, Canada, on Friday, Feb. 21, 2020. , Photographer: Stephanie Foden/Bloomberg

Royal Bank of Canada is shaking up its senior ranks, promoting Nadine Ahn to chief financial officer and expanding the portfolio of personal and commercial banking head Neil McLaughlin.

Ahn currently head of investor relations and finance chief for the capital markets division, will take over as CFO on Nov. 1, the Toronto-based company said Friday in a statement. She replaces Rod Bolger, 54, who’s held the position since December 2016 and who will be leaving Royal Bank after a decade at the company. McLaughlin, 51, will assume responsibility for RBC Ventures, a unit that pursues innovations beyond banking.

The management changes make the 50-year-old Ahn -- who’s also assuming responsibility for corporate development -- the only female CFO at one of Canada’s six largest banks. The shakeup also ties RBC Ventures more closely to the firm’s retail-banking operations, with the company saying the change is intended to bolster the unit’s momentum in adding individual and small-business customers.

“Nadine is a talented executive and strategic leader with deep finance and accounting expertise who will help us build on our strong momentum and continue to make important contributions to the success of our company” Chief Executive Officer Dave McKay said in the statement. “She also brings a deep understanding of RBC’s global business strategies that position her well for the CFO role.”

As part of the changes, Mike Dobbins, currently group head of RBC Ventures and corporate development, is leaving the bank on Nov. 1 after more than a decade with the firm. RBC Ventures invests in or partners with service providers beyond traditional banking. The unit’s portfolio includes the Arrive app, which helps newcomers settle in Canada, and Ownr, a website that helps entrepreneurs start businesses.

Royal Bank last month reported fiscal third-quarter earnings that beat analysts’ estimates, with the firm benefiting from a capital-markets division that cashed in on a surge in dealmaking and strong home sales in Canada, where it’s the country’s largest mortgage lender.