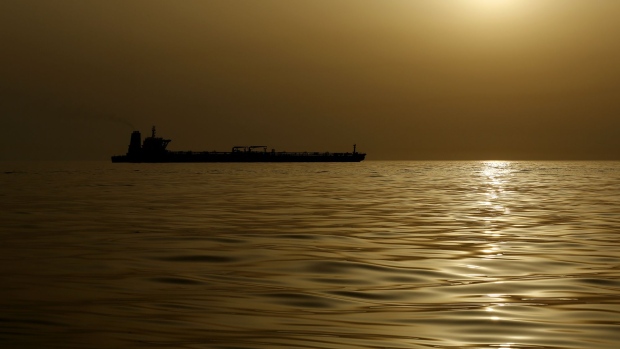 (Bloomberg) -- Refiners on the U.S. Gulf Coast are booking ships to warehouse their growing fuel stockpiles after the shutdown of North America’s biggest petroleum pipeline cut off the nation’s fuel belt from major cities on the East Coast.

Valero Energy Corp., Phillips 66 and Marathon Petroleum Corp. have preliminarily rented four non-U.S. flagged ships that can stow almost 3 million barrels of fuels such as gasoline and diesel from 15 to 40 days, according to people familiar with the matter. The largest of the tankers has the capacity to hold 1 million barrels of refined product, they said.

The charters come as the outage on the Colonial Pipeline Co. system, which transports about 2.5 million barrels to the East Coast, enters its fourth day. Gas stations from Alabama to Virginia have reported gasoline shortages. Meanwhile, several refiners have rushed to secure ships to store their excess gasoline and diesel production to avoid taking the potentially expensive step of shutting operations until Colonial restarts, according to the people.

Before Colonial was attacked by hackers, America’s refiners were ratcheting up their operations to meet an expected spike in demand this summer as newly vaccinated Americans resume major travel. Onshore inventory in the Gulf Coast has already been filing up with their rising fuel production, making the need to find storage after the pipeline hack even more pressing. Filling stations are running dry in the U.S. South as the outage leave limited options for getting fuel to market.

Valero and Phillips 66 didn’t respond to emails seeking comment. “We are leveraging our logistics network and commercial relationships as we work to keep our customers supplied with fuel” as market conditions associated with the Colonial shutdown evolve, Marathon spokesman Jamal Kheiry said in an email.

Colonial has said it expects to substantially restore service by the end of the week. On Monday, the company manually restored operations on one segment, Line 4, while existing inventory was available.

Any cargoes sent to the four foreign-flagged tankers would likely be shipped outside the U.S., even after Colonial returns, the people said. The Jones Act requires that only U.S.-flagged ships transport goods form American port to another.

(Updates with carrying capacity of the 4 ships in second paragraph)