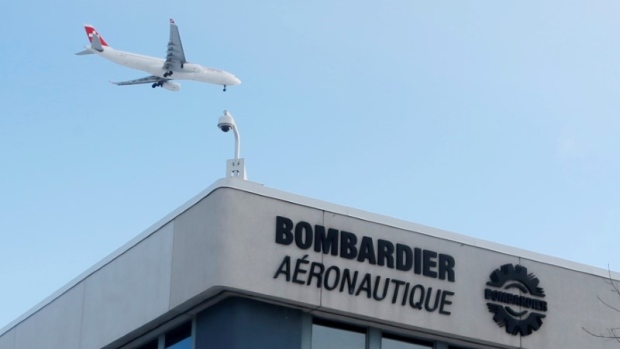 MONTREAL - Several U.S. Republican members of Congress are urging the Trump administration to consider Bombardier's economic impact south of the borders as it decides whether to impose duties on its CSeries plane.

Without opposing the means to counter "unlawful activities" in international trade, the politicians said Bombardier and Boeing offer work to thousands of Americans.

Bombardier (BBDb.TO) is active in 17 states and has more than 2,000 workers in Kansas and West Virginia, the letter said.

They added that over the past five years Bombardier has generated US$14 billion in economic spin-offs with U.S. suppliers.

United States and allows their long-term positive influence on our economy to continue."

The Commerce Department is expected to announce Sept. 25 whether to impose punitive duties on Bombardier's CSeries aircraft.

Boeing (BA.N) filed a trade complaint against Bombardier, alleging that subsidies granted to the Quebec aircraft manufacturer had allowed it to sell its commercial aircraft at low prices.

The Chicago giant is seeking a countervailing duty of at least 79.41 per cent and an anti-dumping duty of 79.82 per cent on sales of CSeries aircraft in the United States.