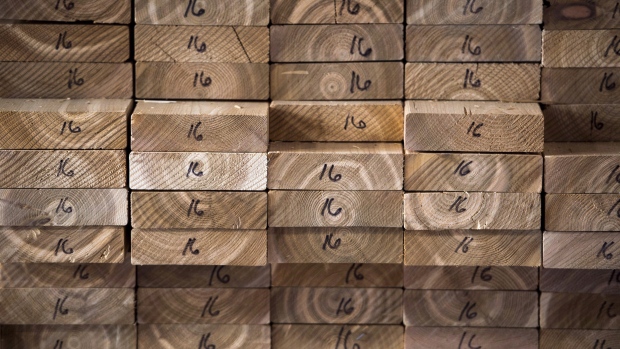 Cedar planks are stacked at a lumber yard in Montreal, April 25, 2017. The Canadian Press/Paul Chiasson

MONTREAL - Shares of Resolute Forest Products Inc. dropped to an all-time low Thursday after the pulp, paper and lumber producer missed expectations as it swung to a third-quarter loss.

Resolute says its net loss attributable to shareholders was US$43 million or 47 cents per diluted share for the period ended Sept. 30, compared with a profit of US$117 million or $1.25 per share a year earlier.

The results last year included sales from facilities in Catawba, S.C., and Fairmont, W.Va., that were sold in the fourth quarter.

Resolute which reports in U.S. dollars, says its adjusted net loss was US$34 million or 37 cents per share. That compared with an adjusted profit of $96 million or $1.03 per share in the prior year.

Resolute was expected on average to post an adjusted loss of four cents per share on $796 million of revenues, according to financial markets data firm Refinitiv.