Rogers Communications Inc. has created a committee to set the rules for how Chairman Edward Rogers can interact with senior executives after he tried and failed to fire Chief Executive Officer Joe Natale.

The Toronto-based telecommunications company said the group is made up of three directors, including Edward’s sister Melinda Rogers-Hixon. She joined forces with other board members last month to block the move to replace Natale with Chief Financial Officer Tony Staffieri.

The committee will “establish clear protocols for interactions” between Edward Rogers and members of management, the company said Thursday in MD&A documents accompanying its third-quarter results, which were in line with analysts’ forecasts.

It’s an extraordinary move to constrain Edward Rogers’ power in the firm that was founded by his late father, Ted Rogers. Investors have been captivated by the public rupture within the family that resulted in the chairman plotting a leadership change, only to run into a wall of opposition, including two of his sisters and his mother, Loretta Rogers.

The boardroom turmoil comes as Rogers is trying to finance and win regulatory approval for a landmark deal, the US$16 billion takeover of Shaw Communications Inc., western Canada’s dominant cable provider.

“I have got strong, unequivocal​ support from the board to direct the strategy of the company” and finish the Shaw deal, Natale, the CEO, said Thursday on a conference call with analysts.

Edward Rogers has said little about the split. But he did release a statement this week that underlined his unhappiness with the company’s performance, which he said leaves “room for improvement.”

The other two directors joining Rogers-Hixon on the new committee are independent board members John Clappison and John MacDonald.

Rogers shares have underperformed those of rivals BCE Inc. and Telus Corp. over the long haul and are about the same level as when Natale came in as CEO in April 2017. 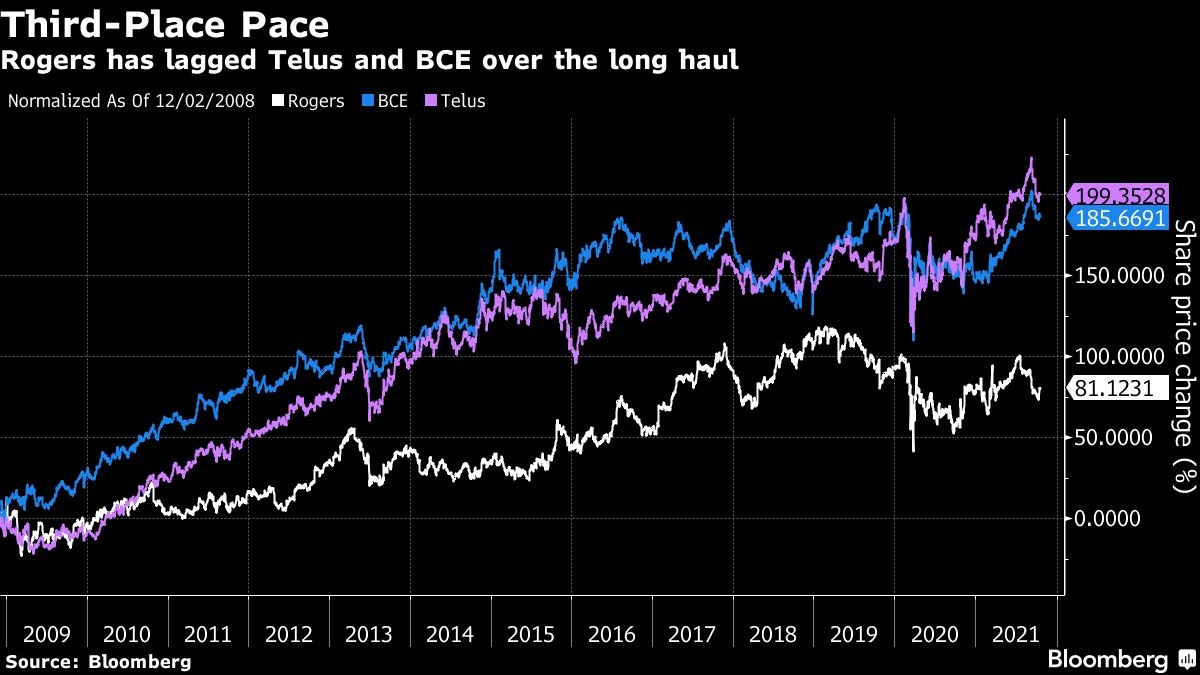 The company reported third-quarter earnings on Thursday that were in line with analysts’ estimates. It said it added 175,000 postpaid wireless subscribers, the most in 13 years.

Revenue at Canada’s largest cable and wireless firm was $3.67 billion (US$3 billion), flat with the previous year and not far off analysts’ forecasts of $3.69 billion. The company earned $1.03 per share on an adjusted diluted basis, in line with estimates.

Rogers shares “may be subdued over coming weeks” for a few reasons, National Bank of Canada analyst Adam Shine said in a note. The company’s guidance on the fourth quarter will lead to lower projections for free cash flow, the regulatory review of the Shaw deal will capture more headlines, and “board dynamics are in the media,” he wrote.