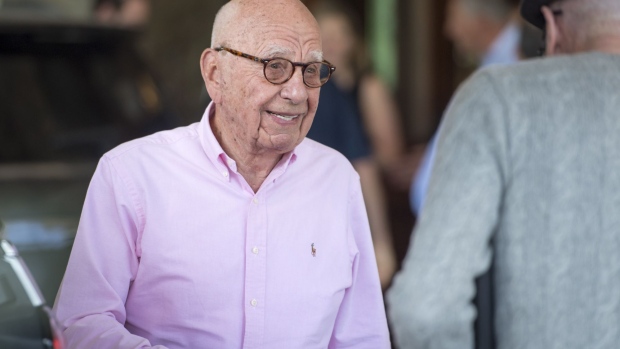 (Bloomberg) -- Rupert Murdoch will be deposed next week as part of Dominion Voting Systems Inc.’s $1.6 billion defamation suit against Fox News over the media company’s reports on a conspiracy theory about the 2020 presidential election.

Dominion has been gathering evidence and testimony to help prove its allegation that Fox News recklessly aired claims that the voting-machine company rigged the election by flipping millions of votes away from former President Donald Trump, who continues to echo the conspiracy theory.

Murdoch, 91, will answer questions under oath by via video conference on Dec. 13 and Dec. 14, according to a notice filed Monday in Delaware Superior Court.

The case against Fox News Network LLC is being overseen by Judge Eric M. Davis, who denied the company’s motion to dismiss the suit in December 2021. In his ruling, Davis said Fox was in possession of enough information at the time of the broadcasts to be on notice that the conspiracy theory was “probably false.” Davis also allowed Dominion’s separate case against Fox parent Fox Corp. to proceed, ruling in June that Dominion had shown that Rupert and his son Lachlan Murdoch may have acted with “actual malice” in directing the network to broadcast the conspiracy theory.

Brian Nick, a spokesman for Fox Corp., declined to comment.

Fox News has repeatedly denied wrongdoing, saying the reports -- with guests including former Trump campaign lawyer Sidney Powell and others -- covered a matter of public interest and are protected by the First Amendment.

The Washington Post was first to report the planned deposition.