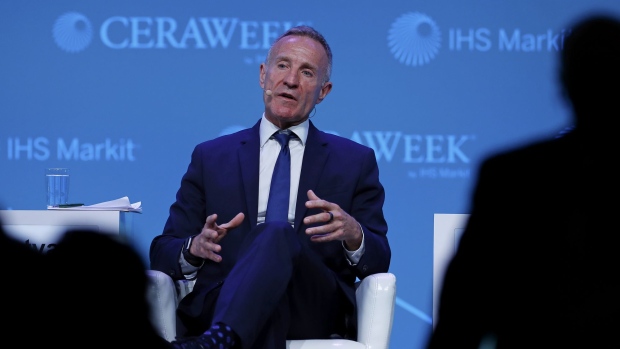 (Bloomberg) -- The chief financial officer of Russia’s Novatek PJSC was indicted in Florida on tax charges related to Swiss bank accounts that held more than $93 million. Mark Gyetvay was charged Wednesday with a decadelong tax evasion scheme for failing to report more than $40 million in income to the Internal Revenue Service, according to prosecutors. Gyetvay filed false tax returns, failed to file returns, and kept more than $93 million in secret Swiss accounts in the names of nominees, prosecutors said.

Gyetvay was scheduled to appear Thursday in federal court in Fort Meyers, Florida, where he was indicted. Prosecutors said in a court filing that he should only be released if he posts an $80 million bond because he could flee the U.S. The hearing is scheduled to resume Friday.

Novatek is Russia’s biggest non-state gas company and the country’s largest liquefied natural gas producer. One of its largest shareholders, Gennady Timchenko, was sanctioned by the U.S. after Russia annexed Crimea as a member what the U.S. Treasury called President Vladimir Putin’s “inner circle.”

Novatek’s shares are trading near a record which they hit earlier this month, and are up 59% this year in London.

A citizen of the U.S., Russia, and Italy, Gyetvay has about $85 million in stock in a domestic financial account, holds $4.4 million in other accounts, and owns valuable homes in Naples, Florida, according to the U.S.

“He has the resources to flee the United States and live lavishly for the rest of his life,” prosecutors said.

It wasn’t immediately clear if Gyetvay has a lawyer to represent him. Novatek’s press office didn’t respond to a request for comment made after regular business hours.

Prosecutors said the case is “exceedingly strong” against Gyetvay, who didn’t tell his accountants about his Swiss bank accounts and the income he put in them.

“He repeatedly lied to his United States accountants about the existence of the Swiss accounts,” prosecutors said. “In a final attempt to get away with his scheme and to avoid substantial financial penalties, he filed a false voluntary disclosure with the IRS under a program for which he did not qualify.”

Gyetvay used accounts at the Swiss banks Coutts & Co. Ltd and Hyposwiss Private Bank, and he set up nominee entities in Belize and the British Virgin Islands, according to the indictment.