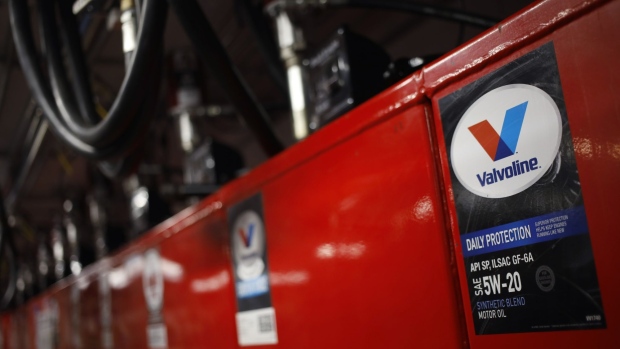 (Bloomberg) -- Saudi Aramco is considering buying a unit of Valvoline Inc. that sells lubricants and other automotive products as the state-owned oil giant seeks to expand globally, people familiar with the matter said.

Aramco made an approach to Valvoline to buy its global products business, the people said, asking not to be identified as the matter is private. Talks are ongoing and there is no guarantee that the two parties can reach an agreement, the people said.

“Valvoline continues to work on its previously announced separation process with the goal of maximizing shareholder value and setting both businesses up for long-term success,” a representative for Valvoline said in a statement. “There is a rigorous process in place to determine the optimal path, but no decisions have been made and we have no additional comment at this time.”

Valvoline said in October that it was planning to separate its retail services and global products businesses to transform the company. Aramco has been looking to expand in refining and petrochemicals to boost its downstream business.

The Wall Street Journal reported earlier that Aramco approached Valvoline about a takeover deal, sending the company’s shares up as much as 23%