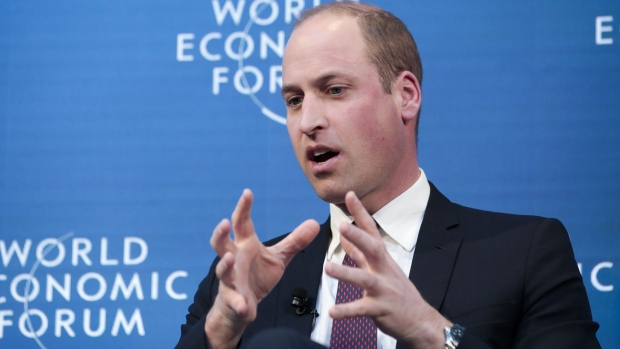 (Bloomberg) -- Potential fixes to the world’s most persistent environmental problems are often little-known and underfunded. That’s why in 2020, Britain’s Prince William launched the Earthshot Prize to encourage approaches that deserve more attention and scale by 2030.

Mukuru Clean Stoves was founded in 2017 by Charlot Magayi, who sold fuel charcoal as a child growing up in the Mukuru slum in Nairobi, Kenya, and who suffered respiratory infections from open-pit cooking. The company designed and sells $10 cookstoves that burn cleaner fuel, cutting 60% to 90% of the emissions from an open fire and decreasing fuel consumption by 30% to 60%. Some 700 million people use dirty fuels for cooking in Africa.

Kheyti, an Indian startup, created what it calls a “greenhouse in a box,” a kit that lets smallholder farmers increase their yield sevenfold. It includes a greenhouse tent, seeds and fertilizer, a drip system that uses a small fraction of the usual water volume and less pesticide than the farmers would typically use. The company is currently working with more than 1,000 smallholder farmers in India, a country that has 100 million of them.

The Great Barrier Reef is under grave threats from climate change and other forms of pollution. Indigenous Women of the Great Barrier Reef has spent the past several years bringing ancient expertise to bear on reef preservation and monitoring — in the process training dozens of women to become rangers.

A UK startup called Notpla wants to change the packaging industry by developing materials from seaweed and other plants. The company has already produced more than 1 million take-out food containers and has ambition to increase that number by a factor of 100. The plastics are bio-degradable and can hold anything from hot liquids to cosmetics.

Lifelong friends in Oman founded a company called 44.01 that mixes CO₂ with a mineral called peridotite that binds with it into rock. Mineralization locks the CO₂ away for geological eternity. A pilot project will store 1,000 metric tons of the main greenhouse gas a year, and 44.01 is looking to expand internationally. (The company’s name is the molecular weight of carbon dioxide.)

The winners were selected by a panel that included naturalist Sir David Attenborough, Queen Rania Al Abdullah of Jordan and actor Cate Blanchett. Short videos introducing the finalists can be found on PBS.org.

A global alliance of organizations back the awards, including the Bezos Earth Fund, Breakthrough Energy Foundation, Jack Ma Foundation, Paul G. Allen Family Foundation and Marc and Lynne Benioff. Bloomberg LP, the parent company of Bloomberg News, and Bloomberg Philanthropies are both members of the alliance; Michael Bloomberg is the majority owner of the former and the founder of the latter.